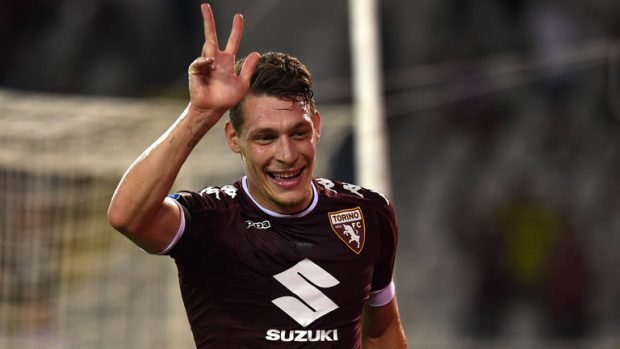 With Zlatan Ibrahimovic currently in the treatment room, Manchester United are drawing up a list of potential replacements for the maverick Swede, and it is a list headed by Torino’s Andrea Belotti.

Ibrahimovic’s contract expires in the summer, after which he is expected to move to either the United States or China. And United are targeting reinforcements to challenge Romelu Lukaku in the striking department.

Belotti, 24, captain at both club and international level, has a £88m release clause in his contract, which the Italian club are not willing to go below, so United will have to splash the cash if they are to get their man.

Torino president Urbano Cairo said earlier this week: “It’s the market that dictates the prices. If Coutinho is sold for €160m then perhaps, if Belotti goes back to doing what he usually does, [his release clause] will be low.”

The man known as Il Gallo, or ‘The Rooster’  has not been as prolific as last season, when he found the net 26 times. He has struggled this term with injury.