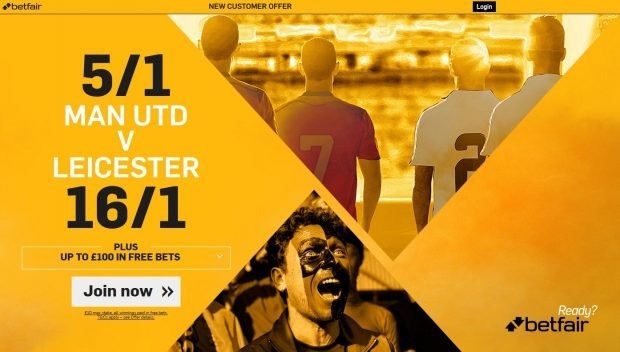 The two teams met twice last season with both games ending in a 1-1 draw.

Leicester would go on to win the Premier League title, whereas United finished fifth but won the FA Cup.

The duo are suffering from respective groin and head injuries.

Henrikh Mkhitaryan continues to be doubtful for Jose Mournho’s side, whilst Phil Jones is still out for the long-term.

On the other hand, the Foxes will be without defender Marcin Wasilewski.

The defender is serving a one game suspension after being sent off against Chelsea in midweek.

Goalkeeper Kasper Schmeichel has recovered from a concussion, but a muscle strain could see him miss out.

Holding midfielder Nampalys Mendy will not be risked by manager Claudio Ranieri.

Ranieri: Rooney wouldn’t get in my team