Derby proved to be final nail in the coffin for Rodgers

Sunday’s Merseyside Derby proved to be even more important than first thought on Sunday, with the game at Goodison finishing 1-1, here’s what was learned.

1) Danny Ings will be key for Liverpool 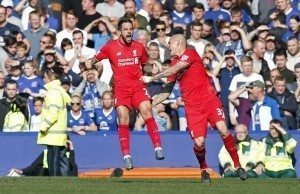 Ings is the summer signing looking the brightest so far for Liverpool, and his partnership with Danny Sturridge over this coming season could be the make-or-break factor in how this season goes for the Reds.

He scored a simple goal yesterday that you’d expect any Premier League striker to put away, but his performance came across with such passion that he showed what a big player he can be for Liverpool.