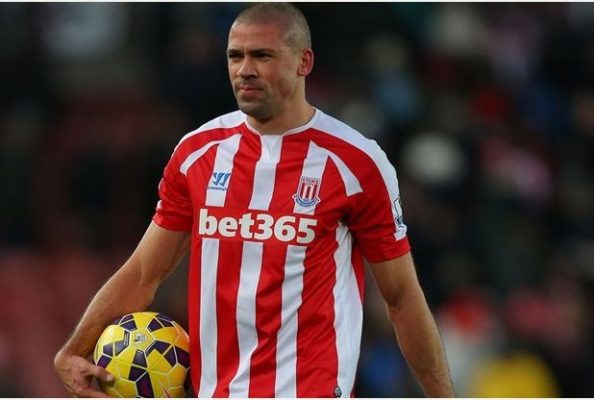 Leicester and Norwich will miss out on the forward

Stoke striker Jon Walters will not be leaving the Britannia Stadium in this window, according to Sky Sports News HQ.

The Republic of Ireland international had attracted interest from Leicester, who had approached Stoke over a potential deal. .

Norwich were also keen to sign the experienced 31 year old, but the player is staying at the Staffordshire club, at least until January.

Walters had handed in a transfer request, over a disagreement in contract negotiations with Stoke.

‘Helicopter away for the year. Sorry LVG it’s not happening’- Jonathan Walters @JonWalters19