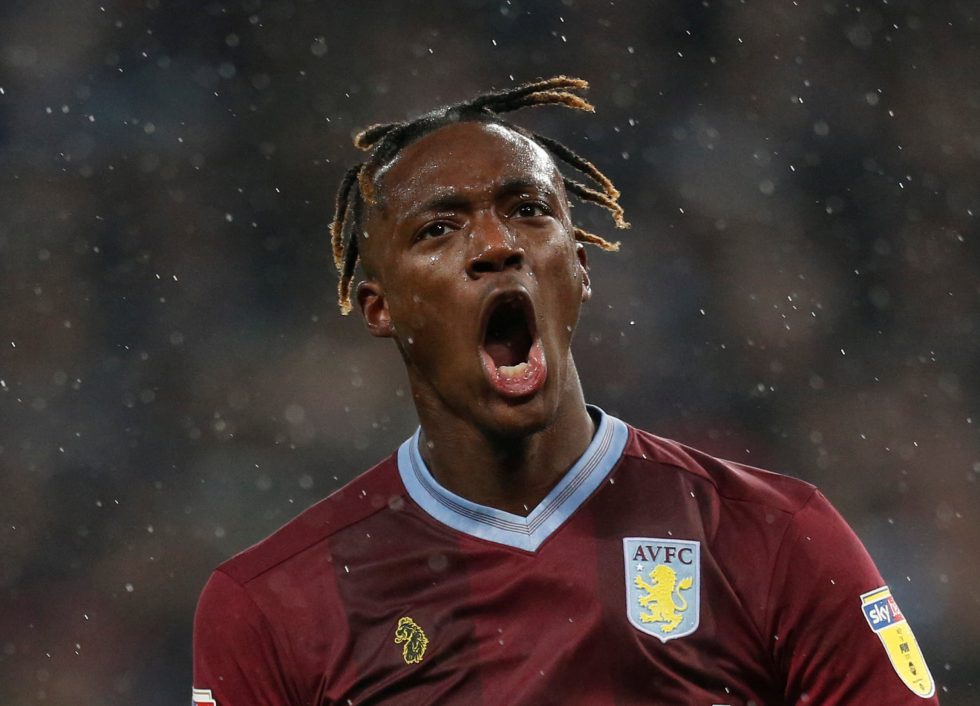 It hasn’t really been a promotion-winning season so that Aston Villa fans would have expected at the start of the campaign. The Lions currently sit 8th in the Championship standings, 12 points shy of leaders Norwich City and Dean Smith’s men will have to turn it around in the second half of the season if they are to secure promotion.

Chelsea loanee Tammy Abraham has been one of the brightest sparks in Villa’s otherwise mediocre season so far, spearheading the attack and scoring 12 goals from 16 games.

However, with Chelsea getting desperate to find a solution to their No.9 woes, the Blues might well trigger the recall clause in the loan agreement. And manager Dean Smith has revealed that it will be difficult for Villa to hold on to the youngster should Chelsea want him back.

“I’ve no idea about the contract situation if I am honest,” Smith told Sky Sports.

“All we can do is work with him, we have a good relationship with Chelsea.

“Eddie Newton (Chelsea’s loan technical coach) was up here over a month ago, looking and checking at his development. He’s been developing with us all the time.

“He is enjoying his football and I think that is a big thing in the development of the young lad’s future.

“He wants to go and keep scoring goals for us and that’s what we are in control of at the moment.”