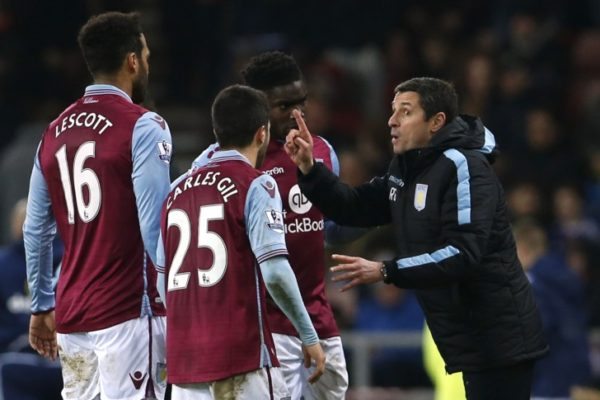 Aston Villa head coach Remi Garde admits he may not be at Aston Villa next season after the club failed to sign any of his January targets.

The former Lyon man believes the club have already accepted their relegation this season and wanted to limit all transfer activity until the summer.

Garde is reportedly disappointed in the club’s attitude and says they have changed their transfer policy which leaves him questioning whether he will stay.

Thrown in the towel

When asked about the lack of signings, Garde said their league position was not the only reason for no new arrivals.

“The situation of a team at the bottom of the table was not easy for players to join but was not the only problem.

“Maybe it was not as clear when I signed, but it’s something I don’t want to discuss.

“As a manager, I would have expected new faces to support my changes.”

Whether Garde walks or not, Villa are facing relegation from the Premier League for the first time in their history.