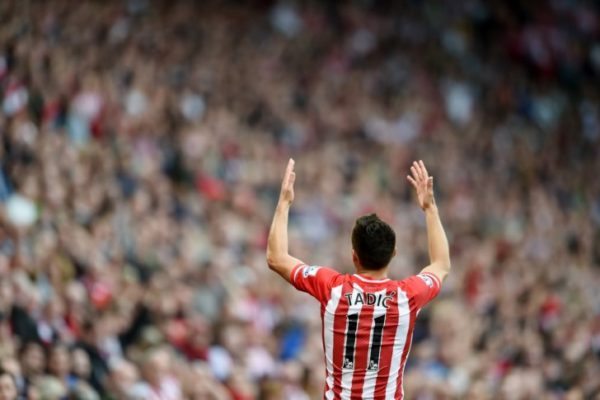 Who were this week’s standout performers? It was a weekend of shocks in the Premier League so if your fantasy team scored well, you deserve a pat on the back.

Last season’s champions Chelsea and Liverpool both lost at home to Crystal Palace and West Ham respectively, while Manchester United lost to Swansea for the third successive game.

In contrast Manchester City have a 100 percent record in the Premier League this season, scoring 10 and conceded none and have won a joint-record 10 successive league matches.

The highest score this week was 104 points which was boosted heavily by the decision to make Raheem Sterling triple captain.

The player who collected the most points goes to Southampton’s Dusan Tadic who notched up 16 points after scoring twice in the Saints’ 3-0 win over Norwich.

Here is this week’s dream XI:

The American goalkeeper was in fine form at White Hart Lane in the late kick-off Saturday and earned his side a hard-fought draw against Spurs.

Howard made six saves and denied England striker Harry Kane on a number of occasions and increase his wait for his first league goal of the campaign.

Thanks to Howard’s heroics it meant Everton rise to 9th in the table and have failed to concede a goal on their travels so far this season. 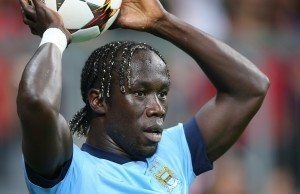 Yet another week where a Manchester City defender makes the team and it is now back-to-back weeks in the dream team for Sagna.

The Blues are the only side with a 100 percent record this season and have yet to concede a goal.

The former Arsenal defender is proving to be a popular choice in many people’s Fantasy Teams having notched up extra points for an assist in Sterling’s opener against Watford. 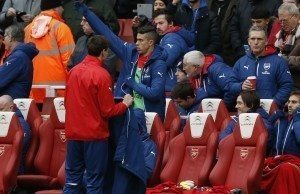 Not a vintage Arsenal performance against Newcastle in the early kick-off but there are signs of a defensive improvement over the last two games.

With injuries to Laurent Koscielny and Per Mertesacker at the start of this season, it has been down to Gabriel to assert himself into Arsene Wenger’s plans.

The Brazilian defender has not disappointed and has helped his side to consecutive clean sheets in the Premier League.

Not many people would’ve had Olsson in their team this week but nevertheless his performance was solid in the 1-0 victory over Stoke.

With the Potters down to nine men it should’ve been plain sailing for the Baggies but they had fight off a resilient Stoke side to maintain their clean sheet and give Tony Pulis the win over his former side.

The 2 points for completing 90 minutes, four for the clean sheet and a three point bonus. West Ham’s 3-0 victory over Liverpool at Anfield on Saturday was one of the stunning results of the weekend.

Brendan Rodgers’ side went into the game with two wins and a draw away at Arsenal and were yet to concede in the league this season.

However, Cresswell was the star performer in the Hammers’ defence, two points for the appearance, four for the clean sheet, three for his assist and an extra three bonus points for the England defender. Sinclair continued to his outstanding form from Villa’s 5-3 Capital One Cup victory over Notts County where the former Swansea and Manchester City winger netted his first hat-trick for his new club.

The Englishman scored twice in the 2-2 draw with Sunderland but couldn’t make it back-to-back hat-tricks which would’ve given Villa a much needed win.

However, his brace did prove vital as Tim Sherwood’s men came from behind twice and he recorded an impressive 14 points. 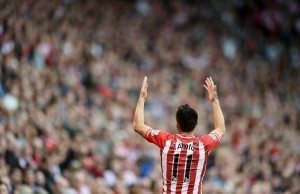 Southampton finally got off the mark this season with their first win and it was orchestrated mainly by Tadic the middle of the park.

The Serbian was the highest scorer by any player this weekend with 16 points as his brace got the Saints well on their way in their 3-0 win over Norwich. Successive week’s in the dream team for Sako as he scored his second goal for the Eagles in a famous win over Chelsea at Stamford Bridge.

Sako followed up with his goal against Villa and also played his part in the winner as he provided the assist for Joel Ward.

A total of 23 points in two games for the former Wolves winger could make him a popular addition to people’s teams. 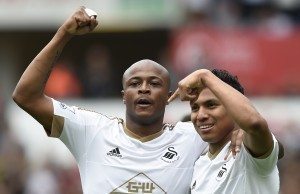 The second time Ayew has been in the dream team and is worthy of his place after a sensational performance against Manchester United.

Ayew scored the equaliser as he headed past Segio Romero which was the first goal United have conceded in the league this season.

He then set up striker Bafétimbi Gomis for the winner and a third successive 2-1 victory over Manchester United.

The 13 points breakdown – two for the appearance, five for the goal, three for the assist and three bonus points.

Another Southampton player makes the team in winger Saido Manè.

Despite rumours of amid interest from Manchester United, Mané has remain loyal to the Saints and was influential in their win over Norwich.

His 11 points came from two assists which was six points, two for the 90 minutes, one for a clean sheet and a two-point bonus. 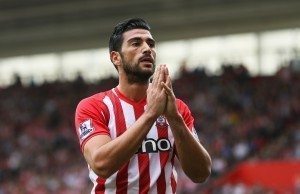 A hat-trick of Saint’s players this weekend was completed by Italian striker Pellè who opened his account for the campaign.

Pellè was Southampton’s top goal scorer lasts season with 12 league goals and will be looking to improve on this after the clubs slow start to the season.

Despite being knocked out the Europa League prior to the game, Ronald Koeman’s men responded in terrific style and the Italian got four points for his goal, two for the appearance and three for an assist.