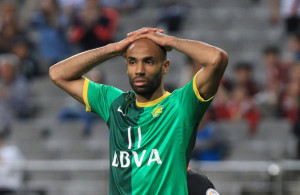 Currently retired. Frideric still makes the list of the Top 10 Richest African Footballers with a net worth of $12 million, $2 million higher than Seydou Keita and Christopher Samba‘s net worth. Frideric retired in 2013 after playing for Beijing Guoan as his last football club before hanging up his boots. The Malian has played for Lyon, West Ham United, Tottenham Hotspurs and Sevilla.

Hungary Euro 2020 Schedule – All Games, Dates And Fixtures In...