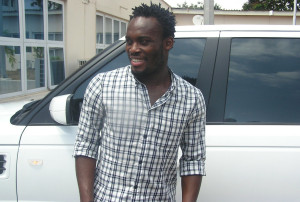 The Ghanaian spent 8 years at the club before joining AC Milan for more playing time and finally joining Panathiakos early this year.