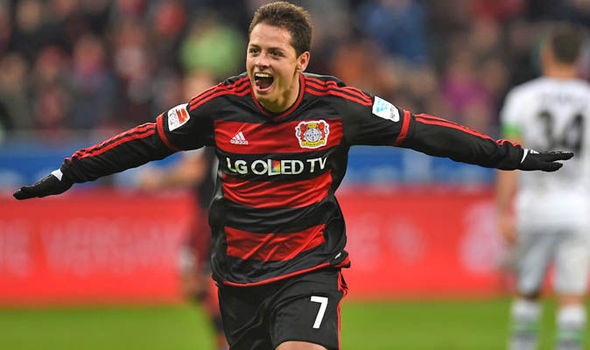 Former Manchester United striker Javier Hernandez is being tipped with a return to the Premier League.

Arsenal lead the chase for ‘Chicarito’, but they have competition for his signature.

Tottenham and Liverpool are also keen on the forward, who has been in sparkling form for Bayer Leverkusen this season.

Liverpool have joined the chase as Daniel Sturridge is injury-prone, while Christian Benteke and Divock Origi have not done enough to impress manager Jurgen Klopp.

Hernandez dropped a hint about his future recently, stating: “We will see. You can never know what will happen.

“It is my goal now to play a very good second half’. “Everything can be different in six months, or you play at one club for 10 years.”

He went on: “”Just look at my last three years”.

Gunners boss Arsene Wenger is said to be keen to seek cover for Olivier Giroud, likewise Tottenham for Harry Kane.