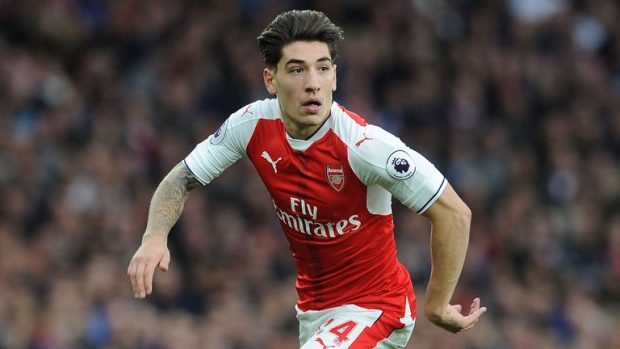 Arsenal manager Arsene Wenger has insisted that defender Hector Bellerin is not leaving the Emirates Stadium, despite Barcelona being reportedly interested.

The Catalan giants are long-term admirers of Bellerin, having made a move for him last year. They see him as the perfect replacement for Dani Alves.

Bellerin only signed a new six-and-a-half deal with Arsenal in November, worth over £100,000 per week. He left Barcelona for Arsenal as a 16-year-old.

Now 21, he is also courting the attentions of Manchester City, however Wenger, whose own future with Arsenal is under intense sctutiny, is adamant Bellerin will not be heading for the exit door.

“I am not aware of interest from Barca in Bellerin).” Wenger said.

“He has just extended his contract. It’s an unbelievable amount of years to go.

Bellerin has been in good form for the Gunners this season, making 28 appearances across all competitions.