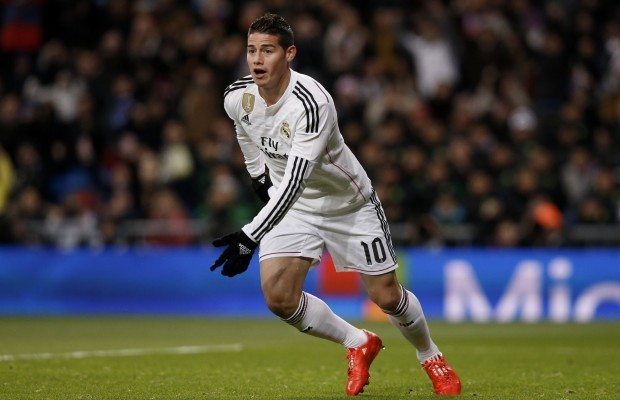 Chelsea and Antonio Conte are currently pursuing the ‘out in the cold’ Real Madrid star, James Rodriguez. Arsenal have been in the race for James but since Arsenal have shown interest in nearly every available player on the market without actually signing them, Chelsea have now easily overtaken Arsenal and become a more serious contender. Chelsea have the funds in place as they reportedly have around £130 million pounds left to spend in football’s summer transfer sales. The fee could be a near Pogba rivalling fee of almost £80 million.

James, the Colombian superstar has been warming the Madrid bench a bit too much for his liking since Zidane came on board at the Bernabeu. He was one of the stars at the last world cup in Brazil in 2014, scoring some spectacular goals and also winning the Golden Boot as leading goalscorer. Although his contract expires in 2020, he has fallen behind Luka Modric, Toni Kroos and even Casemiro, so a move somewhere this summer looks very likely.

Still only 25 year and hailed a couple of years ago as one of the world’s best, he would fit nicely in Chelsea’s set up especially as there are still rumours of a Chelsea clear out. There have been a couple of stories linking Conte’s new players at Chelsea to his former club, Juventus. Both Oscar and more recently Fabregas have had much media time discussing moves to the Turin club. Conte may deny at present these rumours but the chance to get a world class talent like James may just be too good to resist.