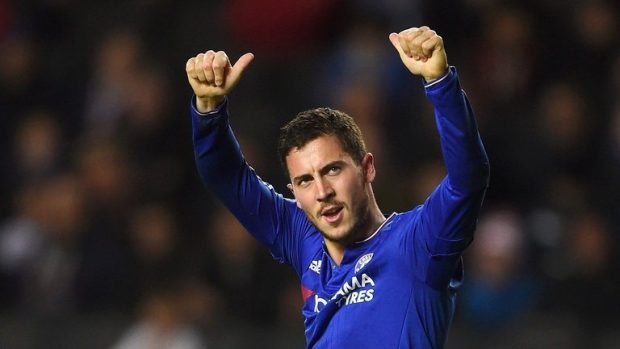 The Chelsea forward has found his form again this season

Chelsea star Eden Hazard has emerged as the favourite to win the Player of the Month award for August.

The Blues’ winger has started the 2016/17 campaign well under the guidance of new manager Antonio Conte.

Hazard has two goals in three appearances so far and is showing the kind of quality that won him the 2014/15 Player of the Season accolade.

The Belgium international was not at his best last term, when he only scored his first league goal on 23 April.

The fans have already voted Hazard as their best Premier League player for the month of August.

Now the 24-year-old must wait for a panel of past players and managers to cast the final votes.

Chelsea to move for £25 million rated star this January

Chelsea target to be offered a new deal