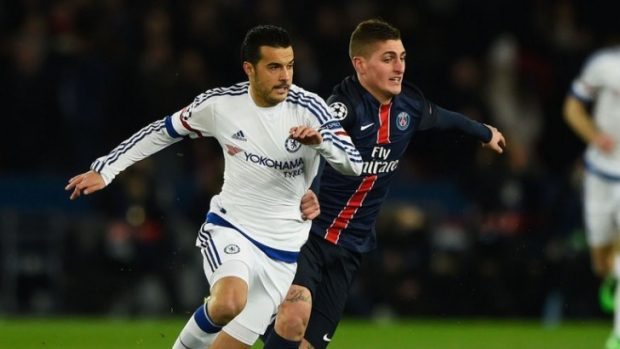 Chelsea and PSG are set to do battle once again this evening in the Champions League, making it six ties in the past three competitions.

Ahead of the last 16 second leg tonight at Stamford Bridge, we thought it would be appropriate to take a look back at the recent 5 encounters.

The prize for tonight’s winner is a place in the quarter final’s of the Champions League. Based on previous meeting’s between the two side, both managers will be hopeful of progressing.

The Blues will have to overturn a 2-1 deficit to progress this evening but it would take a brave man to bet against one of Europe’s best comeback kids!

Lets take a look back into the previous encounters:

Sloppy Chelsea give themselves a mountain to climb! 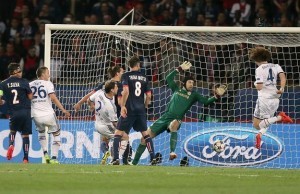 PSG secured a 3-1 victory over sloppy Chelsea in the first leg of their Champions League quarter-final in Paris.

Hazard hit the upright in a lively first half for the Belgian playmaker – but the Parisians gained a first-leg lead to take to London next Tuesday when David Luiz turned a free-kick from Lavezzi into his own net just after the hour mark.

The visitors tried to ensure PSG only had a one-goal advantage to take to Stamford Bridge- but a magical run from Javier Pastore in stoppage-time saw him jink past three Chelsea defenders before steering a low drive past Petr Cech at his near post to make it 3-1 on the night.

Chelsea were left with a mountain to climb in the second leg.