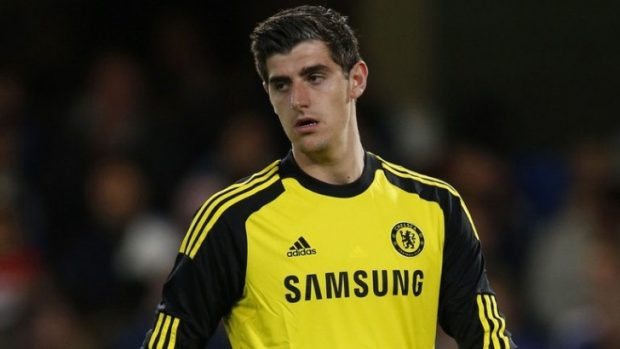 Blues no.1 is eyeing a long-term switch to the Santiago Bernabeu

Chelsea goalkeeper Thibaut Courtois is prepared to run down his contract at Stamford Bridge in order to make way for a move to Real Madrid.

The 24-year-old has established himself as the Blues’ number one in recent seasons – displacing club legend Petr Cech, who has since joined Arsenal – but it is no secret that Los Blancos are eyeing the Belgium international.

Courtois has 18 months remaining on his current contract and talks with Chelsea have stalled with the club wanting the ‘keeper to remain on his current deal for an additional two years, before improving the terms of his contract.

However, it is understood the player has told friends he will consider his future at the club at the end of next campaign, by which point Real Madrid’s transfer embargo will have ended.

Real want Courtois to be the long-term replacement for Keylor Navas, 29, and the goalkeeper will be fully in control of the situation if a new deal is not agreed with the club by the end of next season – by which point his transfer value will dip.

The Chelsea ‘keeper has made no secret of his desire to one day return to Spain, and Madrid specifically, having spent time on loan from the Blues at Real’s local rivals Atletico Madrid, between 2011 and 2014.

Nagelsmann sends warning to Pep, Jurgen and other PL managers!