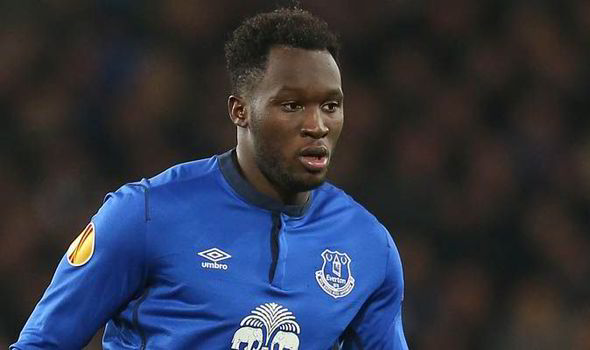 The Toffees are desperate to keep ahold of their star player

Everton have began their pursuit to keep ahold of star striker Romelu Lukaku by offering the 23-year-old a massive £135,000-a-week to stay at Goodison Park.

The Belgium international, who featured at the European Championships this summer, admitted at the back end of last season that he wished to leave the club in pursuit of Champions League football.

Chelsea are understood to have had a £57 million bid rejected by Everton last week, as they look to bring the Belgian back to Stamford Bridge, after letting him leave for Merseyside in a £28 million deal in 2014.

Lukaku is said to have “unfinished business” at Chelsea, after failing to tie himself down to a regular first-team spot during his time at the Bridge, and is keen to work with new boss Antonio Conte.

However, newly-appointed Everton boss Ronald Koeman has made Lukaku a big part of his plans, and Everton have no interest in letting the player go, who they rate at £75 million, and therefore hope the new offer will persuade him to stay.

Conte has refused to speculate about a return for Lukaku, Meanwhile, Everton’s new billionaire shareholder Farhad Moshiri is helping to fund a new project at Goodison Park, which hopes to turn the club into European contenders over the next few seasons.

But that is seemingly not going to be enough to tempt Lukaku to stay on Merseyside, having netted 25 times during 46 appearances in a campaign in which he was one of few players to stand out in a disappointing campaign for the Toffees.

Some believe Lukaku should never have been sold by Chelsea in the first place, and having proved himself so admirably at Goodison Park, it seems Koeman will be very lucky to keep ahold of the Belgian beyond this summer’s transfer window.

However, Everton are under no pressure to sell the striker, who is under contract with the club until 2019, and could force Chelsea to meet their £75 million asking price, if they are to let Lukaku depart this summer.