So Chelsea have Moses, Manchester United had the Angel Maria and now as of today Manchester City have Jesus. The transfer deal of Gabriel Jesus has finally been completed although it was initially agreed back in August. 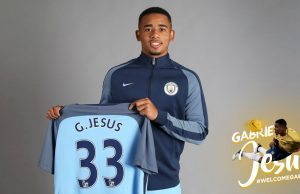 His transfer to the Etihad from Brazilian club Palmeiras was for £27 million. In the meantime Jesus stayed on at Palmeiras to finish the league season in Brazil. He even picked up a ‘Campeonato Brasileiro’ league winners medal in November. It is a shrewd move by Guardiola as Jesus is an exciting talent and at only 19 has a great career ahead of him. The price tag is also a modest one when compared so some of the deals around for players of a lesser talent. He could in fact go straight under the spotlight and face Spurs this weekend

Arsenal surely need divine intervention more than most before their season goes into it’s it’s usual second half decline. I am not sure if there is a God out there for them but unfortunately for the fans the news is not looking good. Arsene Wenger has today announced he is not interested in his fellow compatriot and one of the big stars of Euro 2016, Dimitri Payet. 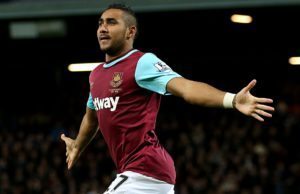 Somebody come and get me please!

The unsettled West Ham striker would surely be a great addition to the Arsenal team right now with big games coming soon for for the gunners. Arsenal face Bayern Munich in the Champions League next month, Southampton in the FA Cup this month and a major fight in the Premier League to at least hold on to a top 4 spot which is now this season hotly disputed by 6 very strong teams. With both Sanchez and Ozil yet to sign new contracts is Wenger being a little short-sighted here. 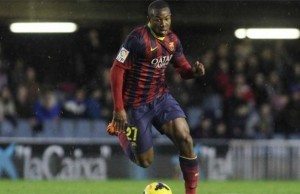 The big news at Chelsea is there are no further sensationalist headlines over Diego Costa. He will surely play on Sunday against Hull and put in his usual passionate performance. This will then kill off any remaining doubters as to his future at the club. Chelsea are however building a big interest in Adama Traore of Middlesbrough. This could bear fruit since Patrick Bamford has just gone the opposite way. He has left Chelsea on a permanent transfer deal rather than on loan to join Middleborough.

Manchester United have sold Memphis Depay to French club Lyon for a fee that could reach £21.7 million. Although a lot of fans may be happy about that some will feel sympathy. He has not had much game time under Mourinho at Old Trafford. He has also been cruelly described as one of United’s worse signings ever. Surely that’s a hard one to take as there have so many bad signings for Manchester United recently who have been throwing money at anything that moves. If they carry on with that tradition they may be asked to join the Chinese League! 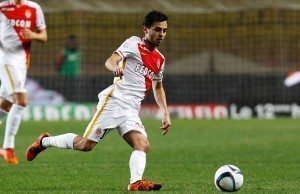 As we speak they have been linked today with a massive £70 million transfer move for Bernardo Silva of Monaco. The Portuguese midfielder may be an emerging talent but most United fans will surely be saying…Who? and How much?

The rumours at Anfield are not happy ones for the fans. Brazilian legend Rivaldo has tipped his fellow countryman Coutinho to follow in his footsteps to join Barcelona. That is a pain Liverpool have felt recently. Luis Suarez left for the Nou Camp two years ago. They will not want to go through that again as under Brendan Rodgers, Liverpool came so close to the title in the 2013/14 season. They then lost Suarez and Sterling soon after, from their magical trio upfront. Sturridge still remains but is not always happy to play second fiddle and if Coutinho goes too Klopp will need to get back up sorted very quickly. 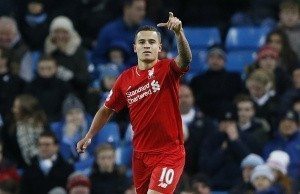 Finally before Spurs fans get annoyed they have not been mentioned. It is simply because they are currently not dabbling in the market. With seven straight wins in all competitions and a team growing more and more in confidence the only thing that could possibly work against them is the Europa League. In in recent seasons they have seen league form suffer due to the demands of Thursday-Sunday football. Maybe a quick Europa League exit would actually benefit their chances in the title race. Or maybe they should follow the example of Liverpool by putting out a mix of reserves and youth players…. at least for the away legs!