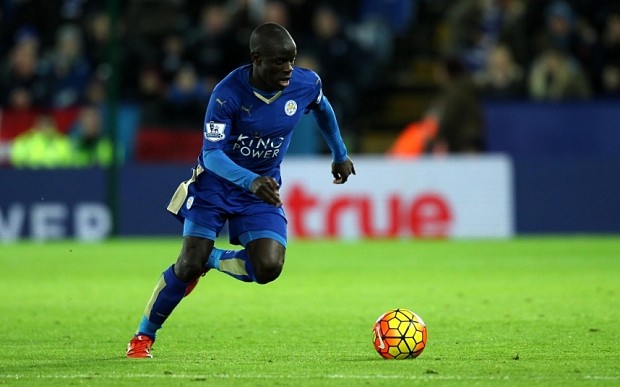 Red Devils to enquire about Kante availability on Sunday

Manchester United will use Sunday’s Premier League meeting with Leicester City as an opportunity to ask about the availability of midfielder N’Golo Kante.

The 25-year-old has been an integral part of a Leicester side that has exceeded all expectations by putting together a fantastic campaign that sees them one win away from securing their first Premier League title.

And United are keen to talk to the clubs hierarchy, following Sunday’s league meeting at Old Trafford, to discuss a potential move for the France international.

Former boss Sir Alex Ferguson gave the club a glowing report on the player, saying that the midfielder was the Premier League’s standout performer last month.

United are believed to understand that there is a £20 million buy-out clause in Kante’s contract, but could pay up to £30 million for the midfielder, who is known for his high work rate.

Andrea Pereira, who made his first competitive appearance for United back in September, could be sent on loan to the Foxes as part of the deal, with the club having taken an interest in the Brazil under-23 back in January.

However, Kante, who was named in the PFA Team of the Year, alongside three of his Leicester teammates, is also a target for Arsenal, meaning both clubs could be forced into a bidding war this summer.

But with Leicester able to offer Champions League football next season, and United not, Kante could decide to stay on for another year, with the Foxes under no pressure to sell one of their key men.

A win for Leicester on Saturday will secure the Premier League title, with two games to go.