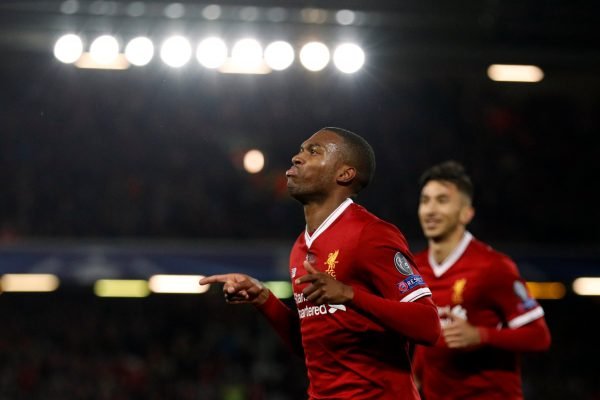 Liverpool are looking to offload striker Daniel Sturridge as he has struggled to make an impact since Jurgen Klopp took over.

Klopp has chosen to use Roberto Firmino as a false number nine since he took over at Anfield.

Reports state that Liverpool would be willing to let Sturridge go to Sevilla as early as January in return for midfielder Steven N’Zonzi.

Sevilla midfielder Steven N’Zonzi has been superb since joining the La Liga outfit for £7 million in 2015 from Stoke City.

Sturridge has struggled with multiple recurring injuries and has failed to land a first-team spot at the Reds.

Consequentially, Sturridge is also open to leaving Anfield as he wants regular football in order to make the England squad for the World Cup next year.

Sevilla are interested in taking Sturridge and a swap deal plus cash is on the cards.

However, Liverpool will face competition to land N’Zonzi as it’s understood that Arsenal are also eager to sign the former Stoke midfielder.

Can’s contract runs out at the end of the season, and Juventus are hoping to land the German midfielder in January for a cut fee.

N’Zonzi would be a perfect replacement for Can as he has proved himself at Sevilla and was also voted Stoke City’s best player in the 2014/15 season.