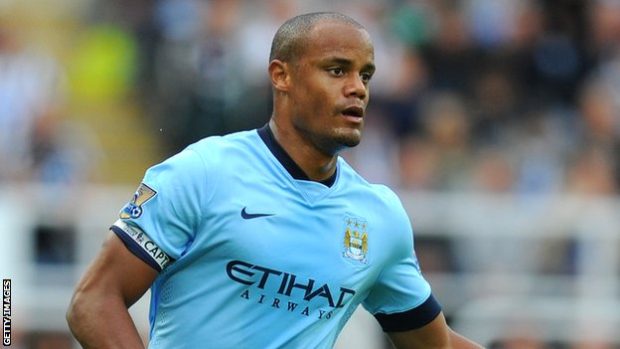 The Belgium defender will miss Euro 2016 in France

Manchester City defender Vincent Kompany has been ruled out for four months with thigh and groin injuries, forcing the club into the transfer market.

The Belgium defender suffered two injuries in City’s Champions League semi-final defeat to Real Madrid in midweek, ruling him out of the European Championships and meaning he will miss the opening month of Pep Guardiola’s reign at City.

It is a big blow to both the club, whose Champions League future next season is now out of their hands after drawing against Arsenal on Sunday, and to Belgium, who will be without the 30-year-old defender.

Kompany has had a nightmare season, where injuries are concerned, suffering five separate injuries, featuring just 22 times this campaign. And reports are now suggesting that his future at the Etihad stadium could now be in doubt.

City are set to go into the transfer market for at least one world-class centre-back, with if clear that the club can’t rely on Kompany, due to his history with injuries.

But the Belgian is confident about returning, and getting himself into Guardiola’s plans, when he takes over at the helm this summer.

“I could fear for my career, as others may do. I could give up. That is not me. I decide on my future.” said Kompany.

And the former Anderlecht defender is looking forward to supporting his nation at the Euros.

“I trust my friends and team-mates to do well and do us proud at the next European Championships in France.” Kompany added.

“I am now officially their most fervent supporter and I will be there to support them.”