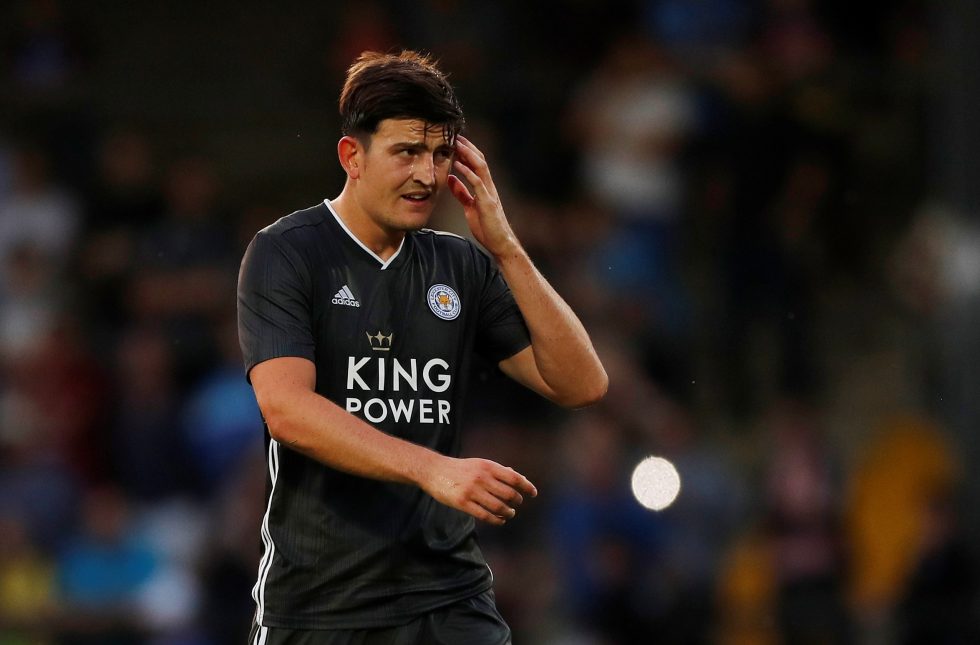 Manchester City boss, Pep Guardiola is uncertain about his chances of landing Harry Maguire this summer.

The Citizens look a bit understaffed in the centre-back position after Vincent Kompany departed for his old club, RSC Anderlecht. With just Nicolas Otamendi, John Stones and Aymeric Laporte, Guardiola might find it hard to replicate previous season successes, let along do better.

We all know how this packed City squad aims for the quadruple every season, even if they have fallen short in the past. They have so far added left-back, Angelino and Rodri to their squad.

Leicester City are demanding over £75m for Maguire as reports earlier surfaced claiming Manchester United had agreed terms. So far, that does not seem to be the case. When asked about the prospect of signing the England international, Guardiola said, “There is a chance but I don’t know if it will be possible. We have three good central defenders, Fernandinho can play in that position, so we will see.

We are so happy in the squad that we have. I don’t know what’s going to happen in the end of the market; if the players still here are going to stay or if players are going to come. I’m delighted with the players we have.”