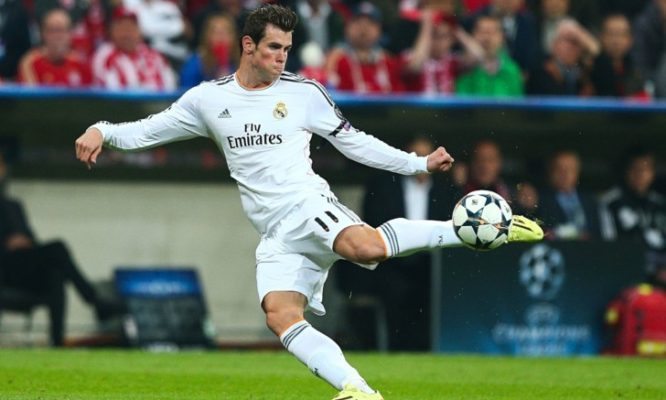 Real Madrid star Gareth Bale could be about to deal Manchester City not one, but two blows.

Bale is also in talks with the Spanish giants over a new contract, after being linked with a move to City.

City’s incoming new manager Pep Guardiola, who takes over in the summer, had made Bale one of his top targets.

Bale joined Real in 2013 from Tottenham for a world-record fee of £85m. After an inconsistent start to his time in Spain, his performances have improved enough for Real to offer him a new five-year deal worth an extra £50,000 per week, in an attempt to heed off City’s interest.

Bale scored his 19th goal of the season this weekend, all in La Liga, in Real’s 1-0 win away at Real Sociedad, to keep them firmly in the three-way title dogfight, with Atletico Madrid and Barcelona.

Real manager Zinedine Zidane sang Bale’s praises after the victory, saying: ‘He can do everything that Ronaldo can do. When you see a player like Bale score a goal as important as this one then that bodes very well for Wednesday. ”