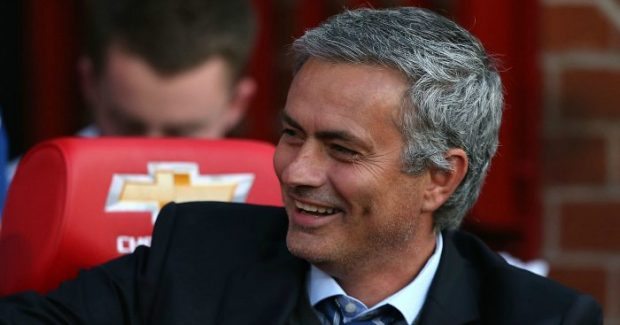 Manchester United have agreed personal terms with Jose Mourinho to become their new manager, and the Special One has given his approval to the club going after Juventus star Alvaro Morata.

Mourinho is set to replace the sacked Louis van Gaal in the Old Trafford dugout, with an official announcement due in the next couple of days.

And Mourinho has reportedly given the thumbs up to the bid for Morata, who is also being tracked by Arsenal and Real Madrid.

Reports claimed earlier this week that Arsenal had launched a deal worth £51m.

The Spanish striker used to turn out in the famous all-white strip of Real Madrid, and his former club have a buy-back clause, which they could activate for £25m, before quickly selling him on for a profit.

Mourinho worked with Morata at Real, and would welcome the opportunity of a reunion as he bids to turn the flagging United fortunes.

The Red Devils, despite winning the FA Cup, failed to qualify for the Champions League, and still look a shadow of the club that dominated the top tier of English football in the Nineties, and some of the Noughties.

Another man who could be on the move to Old Trafford is Zlatan Ibrahimovic, who has been linked with a move to the Red Devils for a few weeks now, since he left Paris St Germain. Reports claim he has also reached an agreement with the club.

The potential arrival of Mourinho and Ibrahimovic, two of the biggest names in world football, could be just the shot in the arm the club badlly needs.