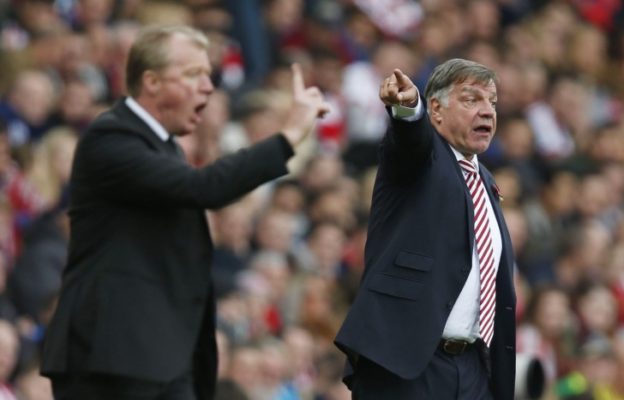 This weekend brought us 3 local derbies, another Chelsea disaster and a tanny blunder at Bournemouth.

Here is a recap of the weekends action…

This was the last nail in the coffin for Sherwood’s reign at Villa.

Jordan Ayew put the home side ahead initially but just six minutes later Gylfi Sigurdsson got Swansea back on level terms.

A strike from Andre Ayew three minutes before the end condemned Villa to their sixth straight defeat.

Jamie Vardy continued his unstoppable form as he scored the only goal at The King Power Stadium.

The striker converted Mahrez’s pass just under an hour in to keep the Foxes in fifth place.

Salomon Rondon gave the Baggies all three points at Norwich.

The clubs record signing powered a header home immediately after the restart and his side survived late pressure from the Canaries to leave with three points.

Mark Hughes’ 100th game in charge of Stoke didn’t go to plan as Watford climbed to 13th in the league.

Troy Deeney ended his long wait for a Premier League goal just before the break and Alman Abdi fired home from the edge of the area to seal the points for The Hornets.

Jose Mourinho’s Chelsea were slumped to their fifth defeat of the season as Andy Carroll’s header gave the Hammers the win.

Zarate gave put the home side ahead 17 minutes in and things went from bad to worse for Chelsea when Matic saw red just before the break.

This was followed by Mourinho himself and coach Silvino Lauro both being sent to the stands at half-time.

Cahill equalised for the Blues in the second half but Andy Carroll headed home to give Bilic’s side all three points.

Arsenal moved to the top of the league temporarily on Saturday night as Arsenal finished off an impressive week.

Two goals in two minutes from Giroud and Koscielny to gave the Gunners a healthy lead.

Everton were buoyed just before the interval when Ross Barkley’s deflected effort found the net but the visitors couldn’t find an equaliser in the second half.

Gareth Barry was sent off in added time for two yellow cards.

Sunderland made it six wins in a row over Newcastle and lifted themselves off the bottom of the table with a vital win.

Adam Johnson put the home side ahead from the penalty spot after Fabricio Collocini saw red for a last-man challenge on Fletcher.

Billy Jones extended the lead just pay the hour mark and Steven Fletcher put the game to bed with a a third four minutes from time.

Harry Kane scored a hat-trick as Tottenham brushed Bournemouth aside.

Matt Richie put the home side ahead 49 seconds in but Harry Kane equalised from the spot after he was brought down eight minutes later.

Dembele and Lamela put Spurs in to a comfortable lead going in to half-time.

Harry Kane scored twice in eight minutes to grab his hat-trick in the second half, the striker quadrupled his tally for the season after only scoring once so far this season before this game.

Manchester City took Arsenal’s spot at the top of the league after a rather uneventful goalless draw at Old Trafford.

United had two golden chances to win it in the final minutes when Jesse Lingard hit the bar and Chris Smalling was kept out by a brilliant save from Joe Hart.

Sadio Mane denied a first victory for Jurgen Klopp with a late equaliser at Anfield.

It seemed as though victory was going to be Liverpool’s when substitute Christian Benteke headed home at the Kop end in the 77th minute.

But but it wasn’t to be as Mane grabbed a point for the Saints four minutes from time before he was sent off in added time.

Most El Clasico Appearances: Lionel Messi & Sergio Ramos are on the list!