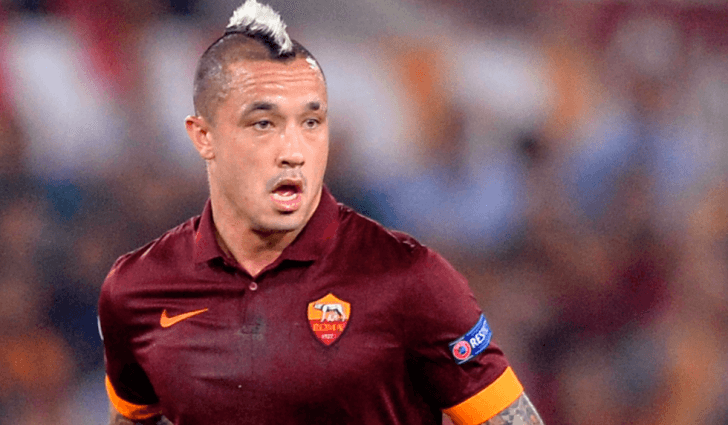 Italian side pip United and Liverpool to target

Roma have clinched a deal to sign Radja Nainggolan, according to reports in Italy.

The Belgian had a good season last year, and drew attention from both United and Liverpool to his ability in the process.

Roma had been looking to buy Nainggolan outright, but negotiations have dragged on for weeks.

But Italian media claim Roma have agreed to pay £15million for half of Nainggolan, who is co-owned by Cagliari.

However, it is thought the co-ownership situation must be sorted out before Thursday otherwise there could be an auction for the player.

It is thought the deal includes a further £1m in performance-related bonuses.

Nainggolan’s agent recently admitted the player could be tempted by a move to Real Madrid when he said: “I believe Nainggolan will stay at Roma, but things can change when it comes to Real Madrid.

“[Roma President James] Pallotta knows that Nainggolan is very important to Roma and may receive several offers for the player.”