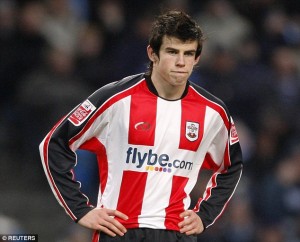 The Saints academy is one of the best in England and has produced world class talent in recent years and in the past generation. Alan Shearer who was very influential in the Newcastle side of olden days. Not only Alan was a successful graduate but also Matt le Tissier was one of the jewels that were from the Saints academy. Now coming to the most recent graduates we have the likes of Adam Lallana who is currently playing for Liverpool and Luke Shaw the Red Devils fullback. Not forget Los Blancos winger Gareth Bale who was also once in the Saints academy. It is a very successful academy which also graduated Arsenal stars Theo Walcott and Alex-Oxlade Chamberlain .