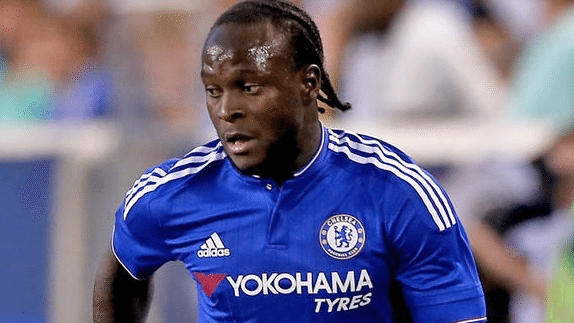 Victor Moses is set to sign a new contract at Chelsea and then join West Ham on loan.

Moses has spent the last two seasons on loan at Liverpool and Stoke City respectively, and despite the promise he showed during the blues pre-season tour, he is now in line to move across London.

Before this move happens, he is likely to extend his contract at Chelsea which has only two years left to run. Moses moved to Stamford Bridge from Wigan for around £9m in 2012.

Meanwhile, Croatian forward Jelavic is set to undergo a medical on Monday before completing his return to the Premier League.