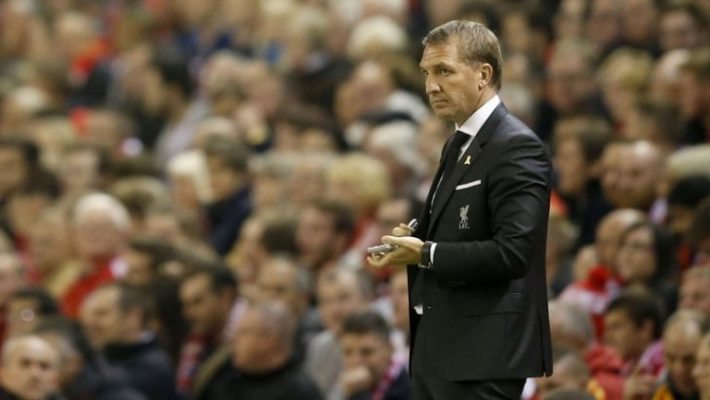 Rodgers out of Liverpool with Klopp looking likely to replace him

Feeling rather satisfied with both the result and the performance from Liverpool after the Derby yesterday, I left the house for work feeling good about taking a point away from a Derby we were expected to lose.

A draw was more than fair given the quality of the second half in general, and like I said, given that most Evertonians genuinely expected to comfortably Liverpool, it was a good for us to take a point from such a difficult game.

Of course, Everton had a depleted defense, but the replacements for Coleman, Stones and Baines all did fantasically, lead by the once-again wonderful Phil Jagielka. Liverpool were missing Jordan Henderson, Roberto Firmino and Christian Benteke.

A draw was just an all-round fair result.

My busy Sunday evening shift begun at 5pm, so by the time 6:30 had rolled around, I was well into the swing of things and the game was one of the last things on my mind.

Until a shout from one of the chefs in the kitchen (I work as a waiter). A fellow Liverpool fan taking great pleasure in what he’d just heard on the radio. Brendan Rodgers had been sacked. I immediately shook my head, what a poor, poor decision from FSG.

I completely understand that, by Liverpool’s standards, things have been well below-par in the last 12 months. However, wise words were spoken by Jamie Carragher on Sky Sports moments after the news broke. Liverpool, since getting rid of Benitez, have not been a big club. They have won 1 trophy in the last 5 years and have only managed to qualify for Champions League football once in that time too. However, at the end of every season in charge, Rodgers has lost at least 1 big influential player in his dressing room, starting with Carragher himself in 2013.

At the end of the 2013/14 season, Luis Suarez left the club after contributing massively to Liverpool’s title challenge that season, and this summer he’s lost Raheem Sterling and captain Steven Gerrard to Manchester City and LA Galaxy respectively.

What every fan has to understand is that any side that loses their spine of their team just aren’t the same, take Manchester City for example, if they lose Kompany, Toure, Silva and Aguero at once, suddenly they’re average, and that’s what’s been happening at Liverpool. We’ve lost all of those players through the last couple of summers, we’ve missed Sturridge through injury for a lot of that time too, and now Jordan Henderson is currently out injured. It’s been a very long time since Liverpool had a fully-strengthened team on the pitch. If Everton hadn’t have had Jagielka, McCarthy, Barkley and Lukaku in their starting XI yesterday, Liverpool would’ve wiped the floor with them, it’s as simple as that.

The timing of the decision by FSG seems strange too. It seems bizarre to give Rodgers over £100million worth of funds in the summer only to sack him 7 games into the season. If he was going to go, he either needed to go in the summer, on the back of the FA Cup semi-final loss to Aston Villa, or he needed to be given until Christmas to continue with this squad. Besides, it doesn’t matter if you’re Jurgen Klopp, Carlo Ancelotti, Jose Mourinho or Bill Shankly risen from the dead, no manager can make bring in any more players until January anyway, so how much better can any other manager realistically do from now until then? They have the same tools Rodgers has had for these 7 games.

Even with the players Rodgers has lost, Liverpool are only 3 points off 4th placed Crystal Palace after the first 7 games, and we’ve played Stoke, Arsenal, Manchester United and Everton away, losing only one of those fixtures. We have to go to Spurs in two weeks time in another tough away fixture, but now that game has a lot more riding on it, with it set to be the new manager’s first game in charge (whoever that may be), a loss there will obviously make no fan happy whether it was under Rodgers or not. I thought FSG had a plan for Rodgers, I thought they were doing the right thing by keeping him and I thought they had their reasons for doing so, a plan that stretched out for the next 2/3 years as they looked for Rodgers to keep building progress. But no. They have proved to be just like every other owner in the league, trigger happy with the sackings after bowing to fan pressure.

But Rodgers is gone, and as a fanbase, whether we’re happy with the call or not, we now have to look at what’s next for Liverpool. Jurgen Klopp is the big favorite of course, but again, I’m not convinced that it would be the best move. A lot of fans have spent the last month or so claiming that Luis Suarez made Rodgers ‘look good’ in that wonderful 2013-14 at Anfield, but if these fans conducted their research they’ll find that Klopp struggled with his team once Robert Lewandowski and Mario Gotze left Borussia Dortmund for Bayern Munich in summer 2014. They spent most of the 2014-15 season in the bottom half of the Bundesliga, and eventually finished 7th. Of course, Klopp has achieved wonderful things at Dortmund, winning the league twice and reaching the 2013 champions league final, but does his final season was enough to worry me.

Carlo Ancelotti is the answer. A proven manager on all levels, already with Premier League experience, winning a league title and an FA Cup with Chelsea, a total of three champions leagues at Milan and Real Madrid. He fits the bill. He’s a big name and will attract big players to our football club. If Klopp is the one to arrive, which I suspect he will be, I will, of course, back him like every fan should, but if FSG are presented with the option, it would be another poor decision to choose Klopp over such an experienced manager such as Ancelotti. Whether Ancelotti will actually come with the state the club is in is a different matter, with FSG seemingly reluctant to scrap the ludicrous transfer committee they have as part of board, but he is certainly my number one choice. The transfer committee could even be a stumbling block negotiating with Klopp if FSG aren’t careful.

Whatever happens over the next couple of weeks, it’s important that every Liverpool fan acknowledges and is grateful for every contribution Brendan Rodgers made to this club. He WAS the man responsible for making us dream in the 2013-2014 season, and was 3 games away from leading us to glory in the most exciting Premier League season this club has ever seen. I wish him the best of luck with his career in the future, knowing that his Liverpool career was cut far too short by a panic button being pressed.