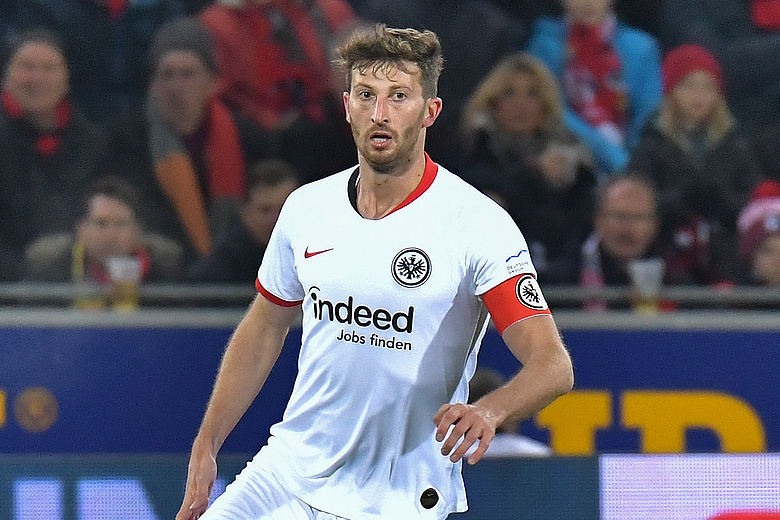 The Argentine will not feature in the Bundesliga again until 2020.

He was given a seven-week ban by the DFB.

Eintracht Frankfurt captain David Abraham has been given a seven-week man for “punching” Freiburg coach Christian Streich during Sunday’s Bundesliga match, the German Football Federation (DFB) has confirmed. Abraham sparked a melee during the closing stages of Frankfurt’s 1-0 defeat as he charged towards the touchline to retrieve the ball for a throw-in, only to floor Streich with an outstretched arm.

The 33-year-old defender was sent off and the DFB decreed he merited a harsher punishment for an act that left the 54-year-old Streich splayed on his back. Abraham’s suspension will run until 29 December, meaning he will not be back in Bundesliga action until the season resumes in January following a mid-season break.

He has featured throughout Eintracht’s Europa League campaign, which resumes away to Arsenal on November 28. Freiburg midfielder Vincenzo Grifo – who had been substituted during the second half – confronted the Argentine centre-back and was also sent off.  The DFB has banned Grifo for three matches “after he first hit the Frankfurt player David Abraham in the neck and then with his hand in the face”. Both men are permitted to lodge an appeal with the DFB sports court within the next 24 hours.

Eintracht are ninth in the Bundesliga and host Wolfsburg when they return to action after the international break. Freiburg, meanwhile, are flying high in fourth. They sit level on points with reigning champions Bayern Munich, who are in third place, and have a trip to Bayer Leverkusen next on the agenda.