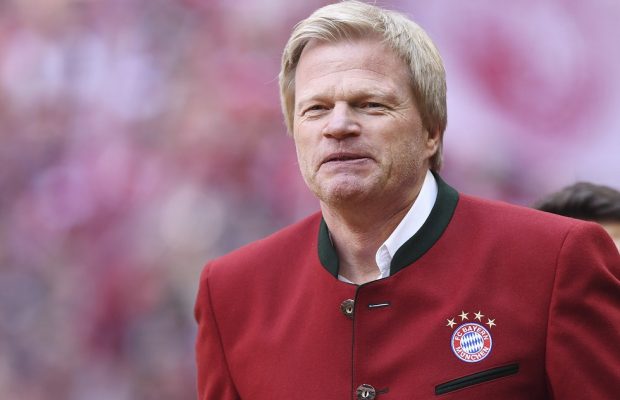 The Germany legend joined Bavarians during the mid-1990s.

Now he is back at the club.

Former Bayern Munich and Germany goalkeeping legend Oliver Kahn has officially joined the Bayern Munich board after being appointed to the position in August, the club confirmed. Kahn was voted in unanimously and signed a five-year deal which will also see him take over for Karl-Heinz Rummenigge as the Chairman and CEO when his contract runs out at the end of 2021.

The plan is for the 50-year-old to work alongside CEO Karl-Heinz Rummenigge over the next two years and learn the ropes at the top of the record champions. Once Rummenigge’s contract expires on 31 December 2021, the three-time World’s Best Goalkeeper will then take up the office of CEO.

The future is in good hands with @OliverKahn. 🖐️🙌 pic.twitter.com/oTnzcxNXMP

11 years since the German has retired from playing in 2008, Kahn became an award-winning pundit in Germany, winning the German Sports Journalists’ Award in 2015, 2017 and 2019 for his role as a football expert.

As a player, he earned 86 caps for Germany, 49 of those in which he was captain, helping guide his country to the 1996 Euro title and the 2002 World Cup final, where he won the Golden Ball for being named the player of the tournament. For Bayern, he won eight Bundesliga titles and the 2001 Champions League over a 14-year career where he made 632 appearances.