Home / Football / European football / Italy / Serie A / AC Milan / AC Milan Predicted Line Up vs SPAL: Will Ibrahimovic be in the Starting XI?

AC Milan Predicted Line Up vs SPAL: Will Ibrahimovic be in the Starting XI? 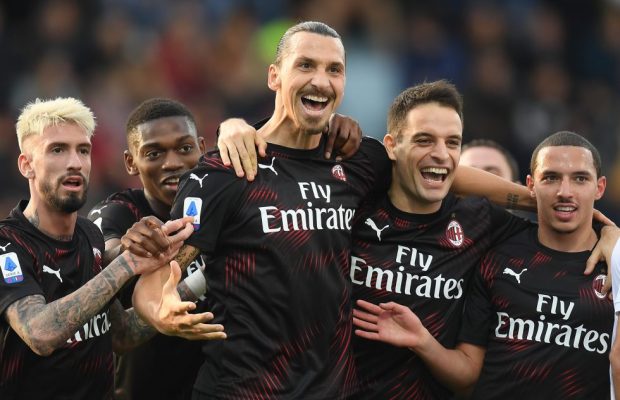 What will be the AC Milan predicted line up for their clash against SPAL?

AC Milan predicted line up vs SPAL might be easier to judge since the 4-3-3 formation Stefano Pioli has used before is unsuccessful. He is expected to change it to 4-4-2 for today’s game, leaving both wings on the bench.

A change in system worked wonders for the Rossoneri in Sardegna on Saturday as they ran out 2-0 winners over Cagliari, with the strike pairing of Rafael Leao and Zlatan Ibrahimovic looking particularly dynamic.

The game against SPAL presents a different challenge but a chance to make the quarter-finals of the Coppa Italia for the 11th straight season.

The Rossoneri boss will be forced into changes due to injuries to Gianluigi Donnarumma (thigh), Davide Calabria (ankle) and Mateo Musacchio (ankle).

Antonio Donnarumma will get the nod between the sticks taking the place of his younger brother, while Simon Kjaer is set for his debut having only joined on Monday.

The consistency when comparing with the XI that started against Cagliari comes from the midfield.

Samu Castillejo will start on the right, with a central midfield pairing of Franck Kessié and Ismael Bennacer, however Hakan Calhanoglu is likely to be dropped in place of Giacomo Bonaventura,

Krzysztof Piatek looks set to be given a start up front alongside Rafael Leao despite numerous reports in the media suggesting he will move on from Milan this month.

His pairing with the Portuguese starlet means that Zlatan Ibrahimovic will be given a rest and will start on the bench.

AC Milan take on SPAL in Coppa Italia today. The Rossoneri are having a nightmare season. They started the season rather brightly with big money being spent in the transfer window and players being signed.

In the beginning everyone was sure that AC Milan were to improve under Giampaolo. However, very soon the pieces started to fall apart. Eventually, with lack of options, he was replaced with Pioli, who has since done nothing special as well.

Here we will give you answer on the most frequently asked question about AC Milan – SPAL.

Today’s match is the 6th meeting between AC Milan and SPAL. The Rossoneri have dominated with 5 wins while SPAL haven’t won any game, not managed to earn a draw.