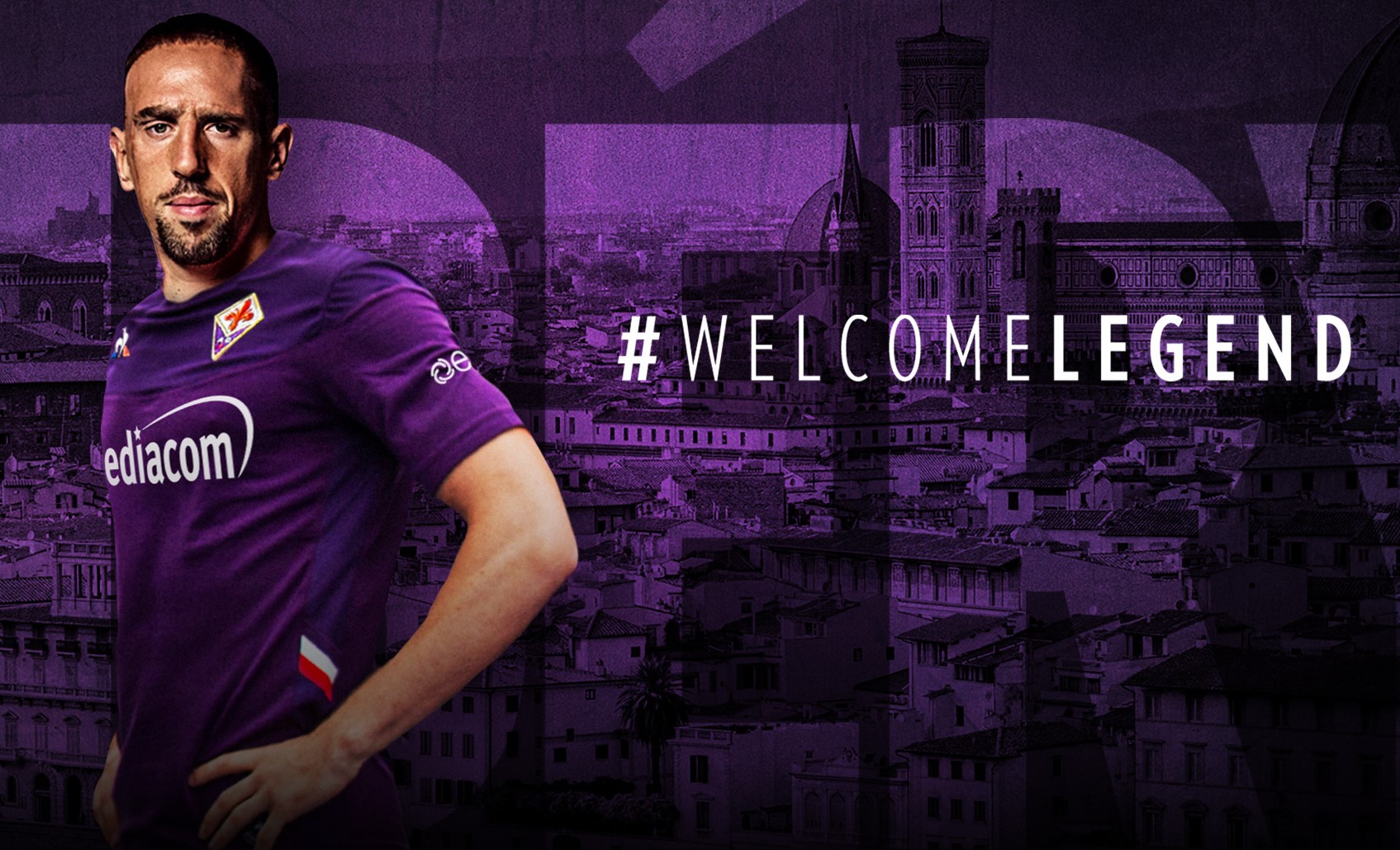 Franck Ribery has finally put his signature with Fiorentina after being released by Bayern Munich this summer.

The 36-year-old, most recently of Bayern Munich, has signed on a deal that will reportedly run for two years and pay him a whopping €4 million annually.

The Frenchman touched down in Florence on a private jet after signing for new club Fiorentina. And after getting off the plane, he was immediately snapped in a club polo with a scarf. The new No. 7 was then greeted by a host of fans welcoming him to his new adventure.

Ribery took to social media to greet his new supporters. He wrote on Twitter: “Hello Fiorentina. A new chapter for me and my family is beginning. Whilst, during his presentation, he told reporters he was “blessed and happy to sign a contract at a great club in a great city”.

“Looking forward to the future with my new teammates and all the fantastic fans here. I have been talking with Fiorentina for a week, with Toni as well and he told me Fiorentina is a great club and the city is beautiful”.

“He is an extraordinary player, he’s eager and we believe he can express himself at his levels here,” Montella told Sky Sport Italia. He has already had his first training session, but I was the only other one there, so I put my boots on after many years and had a kick-about.”