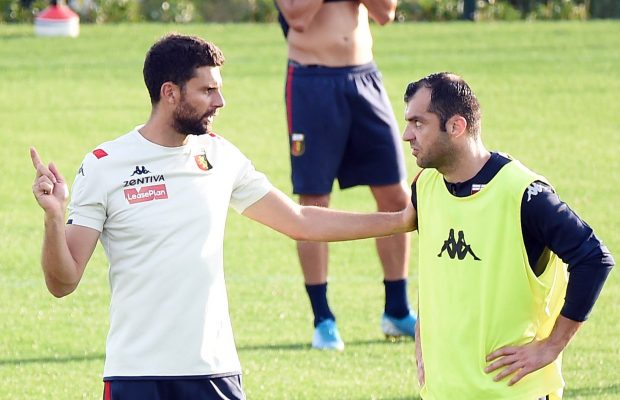 Some more quakes on the coaching scene this weekend.

Now the victim is the former PSG and Inter Milan star.

Genoa have sacked coach Thiago Motta and appointed former player Davide Nicola in his place, the Serie A club announced on Saturday. Motta, also a former Genoa player, took over two months ago, but was fired after the western port side lost 4-0 to Inter Milan in their last game before the winter break on December 21.

Motta won his first game after taking over from Aurelio Andreazzoli on October 22 but has failed to win in eight league games since then, recording five defeats and three draws. Genoa are currently the bottom of table after 17 games, four points away from safety with their next game against Sassuolo at home on January 5.

“The club would like to thank Mr. Thiago Motta for his abundant dedication,” Genoa said in a statement.

Nicola started his footballing career at Stadio Luigi Ferraris where he made 166 appearance over nine seasons. The 46-year-old’s coaching career includes spells at Italian sides Udinese, Bari and Crotone. His contract runs to the end of the current campaign, with an option to extend for one more season if he rescues them from relegation.