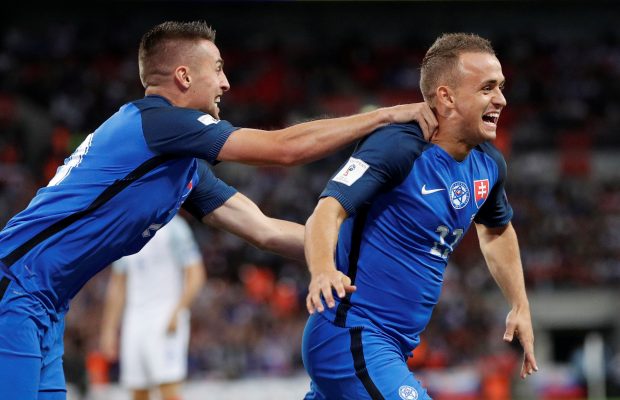 The Partnenopei have made their first January signing.

And he comes from La Liga.

Napoli have confirmed the signing of midfielder Stanislav Lobotka from Celta Vigo in a deal worth €20 million plus bonuses. The 25-year-old Slovakia international will take part in training immediately with his new teammates after the deal was completed on Wednesday. Lobotka has penned a contract to June 2024 worth a reported €1.8m per season, while the initial transfer fee of €20 million is thought to be supplemented by a further €4 million in bonuses.

“I am moving from Spain to Italy, but primarily joining a club of a better and higher quality that has more ambitious targets, so this is a real step forward for my career,” Lobotka told the official Slovakia Football Federation website. “People here perceive football differently from in Spain, they see it almost as a religion. Napoli are also active in Europe every year and here too I see it as a major career shift. It wasn’t easy to make a deal with Celta Vigo, but I’m glad that it all worked out in the end.”

Lobotka joined Celta in 2017 from Danish club Nordsjaelland in a reported €4m deal and has become one of the club’s most important players since. Napoli director Cristiano Giuntoli confirmed last month that they would “need another midfielder” with new coach Gennaro Gattuso’s switch to a 4-3-3 formation. He had started 17 of struggling Celta’s 19 La Liga games this season – the club sit outside the relegation zone on goal difference only.