Want to know what the UC Sampdoria Player Salaries 2020 are? Who are Sampdoria’s highest-earning players? How much do Sampdoria players earn? Have you ever wondered about which players at Sampdoria earn the most? Well if you have, then worry not, because we have prepared a full list of the Sampdoria players salaries 2021.

UC Sampdoria is an Italian association football club based in Genoa. Sampdoria currently competes in Serie A.

The club was formed in 1946 from the merger of two existing sports clubs, Sampierdarenese and Andrea Doria.

The team’s colours are blue with white, red and black hoops.

They are nicknamed blucerchiati (“blue-circled”).

Sampdoria share their home ground Stadio Luigi Ferraris with Genoa. It has a capacity of 36,536, The derby between the two teams is known as the Derby della Lanterna.

Sampdoria supporters are mainly from the city of Genoa. The biggest group of fans are called the Ultras Tito Cucchiaroni,(named after an Argentinian left winger who played for Sampdoria). The group were founded in 1969, making it one of the oldest ultra groups in Italy.

Sampdoria’s biggest rivals are Genoa, against whom they play the local Derby della Lanterna.

What are the UC Sampdoria Players Salaries? Sampdoria do not reveal their wages information but judging by transfer market value as highlighted in the table below- it is likely that Fabio Quagliarella is earning the most at Sampdoria. 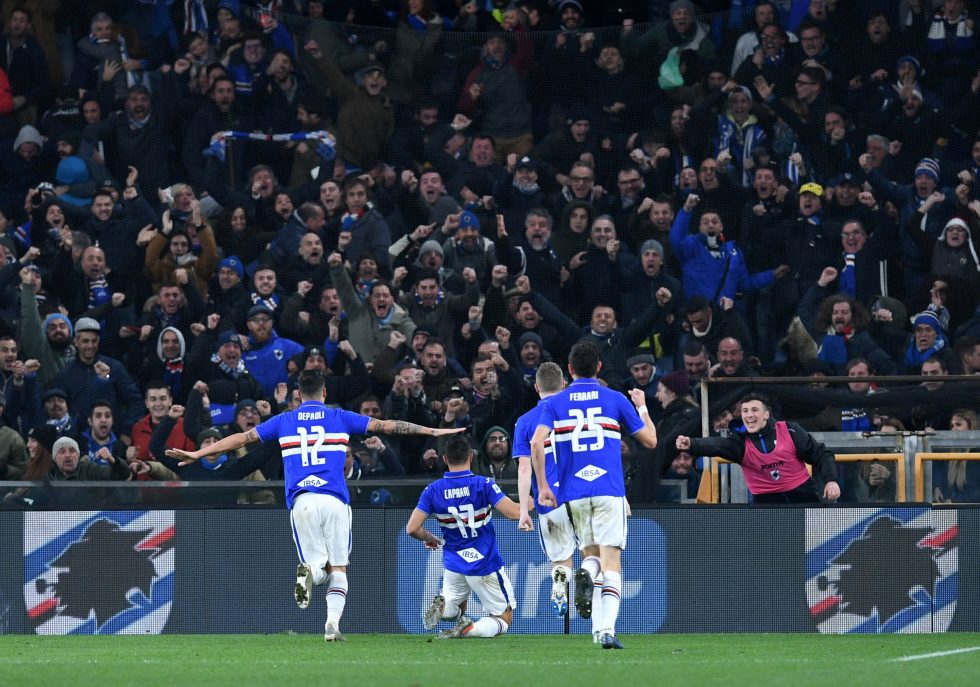 Sampdoria, like most other football clubs, do not release their wage bill. However many journalists often break wage bill information from Serie A teams which are often accurate. But for lesser-known Serie A teams, very little is known about players’ wage bills.

So here are the Sampdoria Players Salaries 2021.