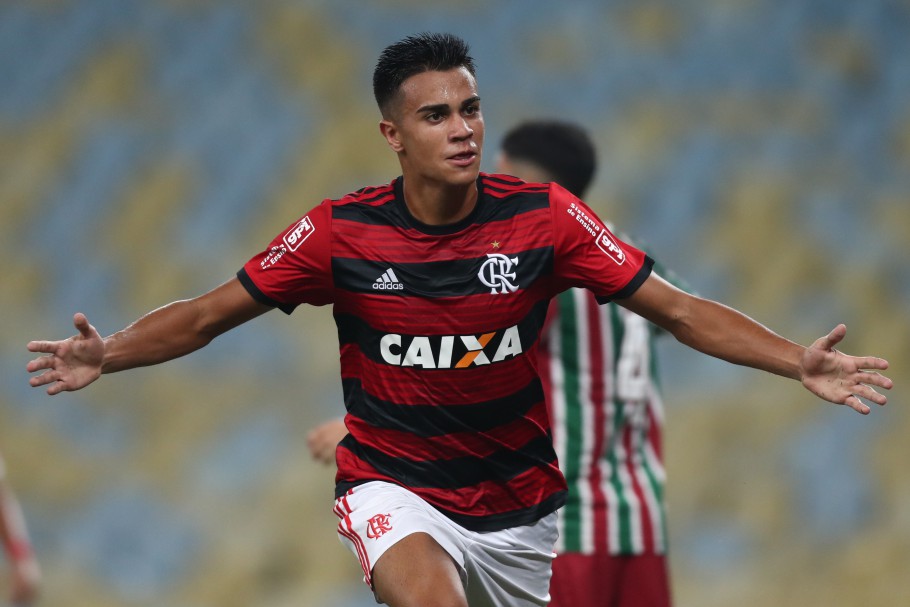 Madrid have made their first January signing.

And he comes straight from Brazil.

Real Madrid have now confirmed the first signing of the January transfer window, beating out the likes of Manchester City and Paris Saint-Germain for Brazilian talent Reinier. Los Blancos have confirmed the signing of 18-year-old starlet Reinier Jesus from Flamengo.

The attacker, who five goals in 10 appearances for U20 Brazil side, has put pen-to-paper on a six-year deal with the Spanish giant. The club’s statement read: “Real Madrid CF and Clube de Regatas do Flamengo have agreed to transfer Reinier, which is linked to the club until June 2026. The player will join Real Madrid Castilla when he finishes his participation in the U-23 Pre-Olympic Tournament with the selection from Brazil.”

The 17-year-old impressed for Flamengo in the 2019 season after registering six goals and two assists in 14 Serie A appearances as the club won the league and Copa Libertadores. Real Madrid were aided in their pursuit of Reinier by a strong pre-existing relationship with Flamengo, having bought Vinicius Junior from the Rio de Janeiro-based club in 2018.

In recent years Madrid have made a habit of targeting emerging Brazilian talent, spending €45 million on both Vinicius and Rodrygo Goes, signed from Santos last year.

El Clasico Head to Head since 2009: Records and Stats in the last 10 years!