Why Eden Hazard is often seen working out in gym: Weight gain criticism? 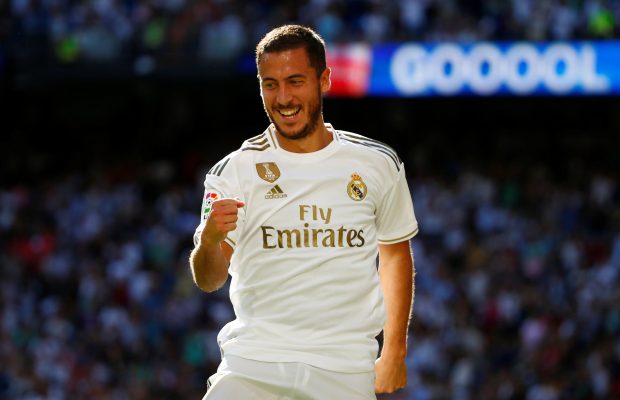 After arriving in the Spanish capital, Hazard has been slammed for gaining weight.

Now, he has decided to take matters into his own hands.

A while ago, Real Madrid fans and media pundits again talked about Belgian star Eden Hazard’s weight. After coming over from Chelsea in early June, the spotlight has followed Hazard everywhere.

In late November, upon being asked about his weight in pre-season, the Belgian told L’Équipe: “I won’t hide this, when I am on holiday, I am on holiday. I am one of those people who can gain and lose weight easily. When I was 18 and with Lille, I weighed 72 kilos. This summer I went up to 80 kilos but managed to lose this in just over ten days”.

It wasn’t just the media who were unhappy with Eden’s body shape when he reported for preseason training, it was mainly the Madridistas who were upset.

Ever since the criticism, his form had been picking up as Hazard scored a goal, while providing three assists and can be seen now more than often improving his fitness and muscle gain.

However, that is not the only reason. The Belgian has not played since he suffered a microfracture in his ankle against Paris Saint-Germain in the UEFA Champions League on November 26.

Zinedine Zidane expected to have Hazard for the trip to Saudi Arabia, but an ongoing debate between the medical team and the player himself has determined that it is best not to accelerate the process of his return until the ankle discomfort has gone completely. The kick that his compatriot Meunier gave him during the game against PSG was a hard one and work in the gym, along with patience, has been required.

Hazard’s dream at the moment is to be raring to go for the Bernabeu derby against Diego Simeone’s Atlético Madrid, set for 1 February.