When is the FA Cup semi final draw? The FA Cup semi-finals draw date does not happen. Teams are put into pots after 4th round. So from quarter final onwards, there are no more draws. You can read all about the FA Cup draw.

The FA Cup semi-finals will be broadcasted on BBC One who has exclusive rights to show the show in Great Britain. 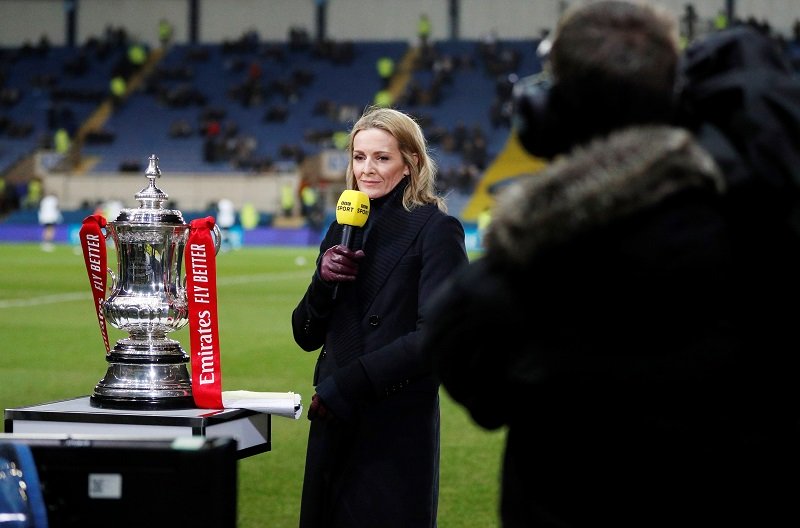 Here is the detailed FA Cup semi final tv schedule. In the initial preliminary stages, the FA Cup matches are not all shown on TV. Especially if you are living outside of the United Kingdom or Ireland, it is difficult to follow the FA Cup on TV.  From the 5th round onwards it becomes easy. The smaller matches like the matches played by the Sky Bet Championship teams may or may not be shown.

The semi finals will be held in July. The first semi final will be on 18th July. The second semi final will be on 19th July. It will both be held in the Wembley stadium. The FA Cup defending champions Manchester City have won it twice in a row now. With the Premier League now out of reach for City, they will want to make it a hat-trick of trophies at Wembley by picking up the FA Cup again.

For the 5th round, all but two English giants got easy fixtures. Leicester and Chelsea are set to lock horns. Do you think they will let Chelsea roll them over?

Manchester City played a brilliant FA Cup season. They were pulled close by Brighton but their class prevailed. In the other semi finals, Wolves were left heartbroken by a tough Watford who nicked it 3-2. City went on to crush Watford by 6 goals to nil in the final. The biggest win in the final ever in the FA Cup!

This was an interesting set of matches. United tactically outdid a well playing Spurs via Jose while Chelsea had a smooth ride to the final overcoming Saints. In the final Jose was favorite to beat Conte’s Chelsea who had never won a knockout trophy. However, Conte claimed his first knockout competition silverware thanks to an Eden Hazard penalty as Chelsea won 1-0.

This was the most exciting set of semis in the recent past. Chelsea and Spurs settled their London rivalry in fiery style as goals flowed. In the other match, Arsenal were at their free flowing best as they upset City 2-1. In the final, the Gunners held on to their nerve as they beat Chelsea 2-1.

Teams that participate in FA Cup 2020

Here is the outlay of how teams get to participate in the FA Cup 2020:

Here are all FA Cup 5th round results:

Here are all FA Cup 4th round replays results:

Tickets for FA Cup semi-finals will be available in complete flow once the semi finalists are decided. For now the neutral tickets are available. The venue for the semi final is Wembley.