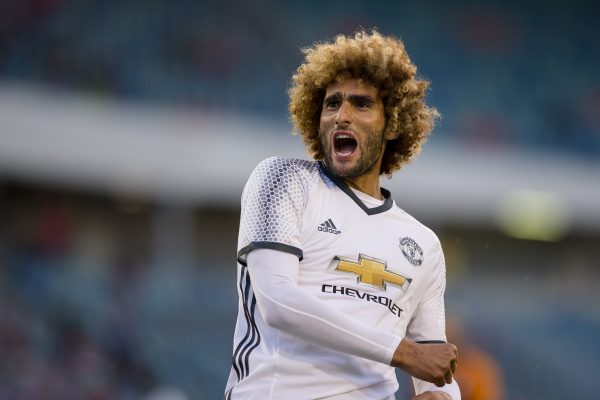 Turkish giants Fenerbahce and Galatasaray will fight it out to sign Manchester United star Marouane Fellaini next summer, according to reports.

The Belgian midfielder is out of contract in June and will be available on a free transfer, with the two Istanbul clubs both keen on acquiring his services for the 2018/19 season.

Fellaini is said to be negotiating a new deal at Old Trafford, but as of yet no agreement has been reached and he will be free to talk to other clubs about a transfer in the new year.

Jose Mourinho still considers the 29 year-old a key player in his set up, and although not always a starter his plays an important role for United. So far this season he has scored 4 goals from 9 appearances.

Turkish champions Besiktas have also shown an interest in Fellaini, although it is rivals Galatasaray and Fenerbahce who have reportedly shown the most serious interest.

Will United look to replace Fellaini in the new year? Find out the Red Devils’ Top 5 Targets for the January Transfer Window here!