3) Reece Oxford is a Gem 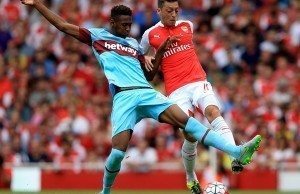 Imagine being 16-years-old and playing against Arsenal Football Club.

Well Reece Oxford did just that today and not only did he play, he shined and was arguably the best player on the pitch as he completely shut out Mesut Ozil and co.

A lot of eyebrows were raised when Oxford was named in the starting XI, but he proved doubters why he was in there with a stunning performance.

The teenager controlled the midfield and kept Ozil and Aaron Ramsey quiet all game.

A bright future no doubt for this guy, but lets hope the media doesn’t get the better of him.