So there we have it, another transfer window has slammed shut.

With the dealings done for the remainder of the season, it’s time for SillySeason to look into the Five Things learnt from the January transfer window! 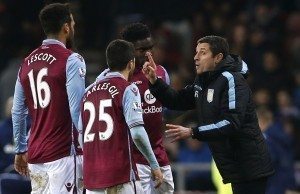 Rock bottom of the Premier League and 10 points from safety, you would have thought the recent transfer window was a huge opportunity for Villa to strengthen their squad in a bid to avoid relegation.

Instead they bought absolutely nobody and, to make matters worse, they couldn’t sell any of their unwanted players such as Charles N’Zogbia – who has been rumoured to have upset the camp.

Add to that the increasing speculation that recently appointed manager Remi Garde is thinking of leaving the sinking ship already.

It looks like this season is going to be one to forget for the Villa fans.