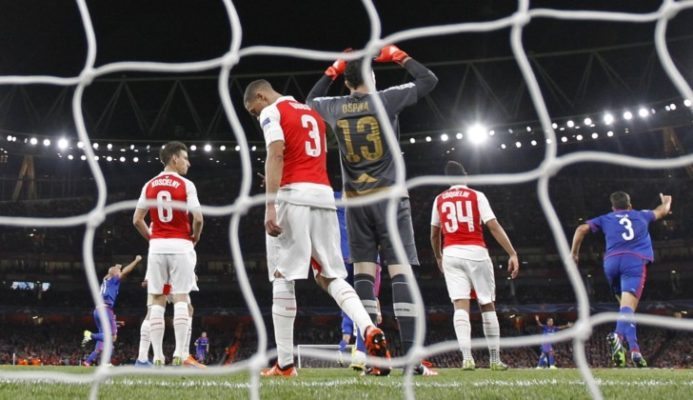 We examine Arsenal’s shock defeat at home to Greek side

Arsenal went into last night’s game knowing it was a must-win following their shock loss in Croatia against Dinamo Zagreb during the first game-week, but once again for Arsene Wenger’s men, they fell short and came away with nothing.

Although Theo Walcott and Alexis Sanchez got themselves on the score-sheet, somehow Arsenal conceded three to the Greek side, who had previously scored just three goals in England over a 50-year period.

The 3-2 defeat leaves Arsenal bottom of the group of zero points and facing a double-header against Bayern Munich.

So what did we take away from the game?

Here are our Five Things.

5) David Ospina Was The Wrong Choice 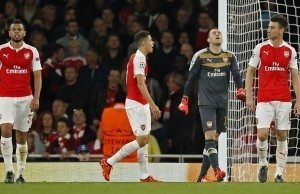 David Ospina was solid for Arsenal last season when he came in for Wojciech Szczesny, but when you spend £11million on a veteran like Petr Cech, you play him in these big games.

Arsene Wenger fielded Ospina against Zagreb and they lost 2-1, the Colombian played last night, they lost 3-2, with the second goal entirely his fault.

After the game Wenger said Cech had a slight injury, whether we believe that is another thing, but you simply have to play your best XI when in the Champions League. Especially when you lose the opening game-week.

Has Wenger disrespected Zagreb and Olympiakos by playing Ospina over Cech? Maybe, but what he certainly has done is put their Champions League status in jeopardy.

Ospina’s attempt at catching the ball from a corner is laughable for everyone bar Arsenal fans.