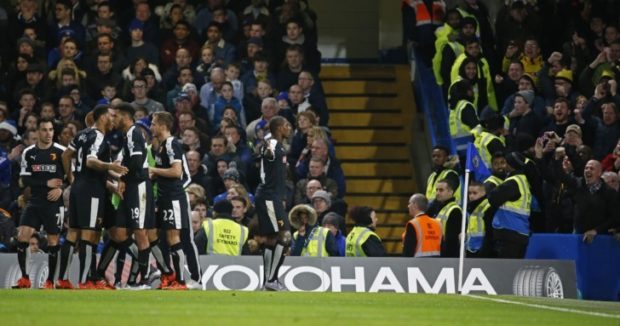 Guus Hiddink took charge of his first game as Chelsea interim-manager this afternoon, but his day was dampened by the Hornets who managed to take away a point from Stamford Bridge.

Hiddink watched on as Chelsea cruised past Sunderland last weekend, but in his first game back in the dug-out, his side were held to a 2-2 draw by Watford, who continue their remarkable Premier League story.

A Diego Costa brace wasn’t enough for the champions as that strike-force stole the headlines again with goals from Troy Deeney and Odion Ighalo.

SillySeason take a look at the 2-2 draw in detail and assess the Five Things learnt.

5) Guus Hiddink Has A BIG Job 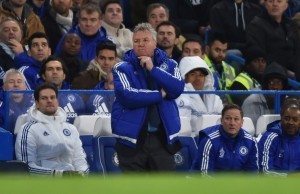 Things looked good from the directors box as Chelsea smashed Sunderland 3-1 last weekend, but it was a different story from the touchline.

Guus Hiddink has taken over a damaged Chelsea on-and-off the pitch, so the Dutchman will need to work his magic to get things back on track at Stamford Bridge.

He won the FA Cup last time he was at the club, and he’s aiming for a top-four and cup success this time around again, but this is a completely different task.

Hiddink needs to get the morale back and then needs to start getting results.

Today wasn’t the greatest of starts, but credit to Watford.