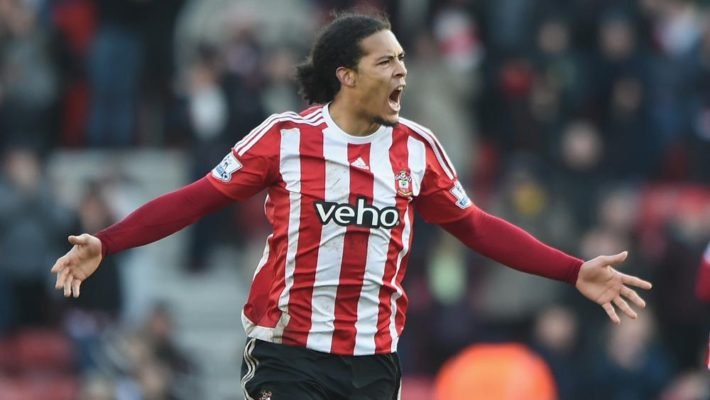 The club have struggled with letting in too many goals this campaign – as exemplified by their shock 3-2 home defeat to relegation-threatened Swansea City on Saturday.

And the now-retired former midfielder believes the Netherlands international is the man who could help to sure up a leaky defence which has conceded 27 goals – more than any other team in the top four.

Van Dijk can also pose a threat going forward, which would help to further bolster an already attack-minded team that currently tops the league’s scoring charts with 51 goals so far this campaign.

The Reds are in much need of some quality at the back, which has so far hindered their chances of claiming their first Premier League title.

However, the Saints will refuse to sell one of their key players – especially after losing Jose Fonte to West Ham this month.

Manchester United, Manchester City and Chelsea are also understood to be interested, but arguably his best chances of regular first-team football and thriving at a higher level are with the Reds.

United would be another great option for the 25-year-old, while at City and Chelsea it would be potentially more tricky to maintain a place in the starting line-up on a regular basis.

Gerrard said: “Who I think we need, I would go and try and bid for Van Dijk from Southampton.

“But we’ve had enough of their players so that will probably go down like a lead balloon.”

A move for Van Dijk, however, seems more likely to be possible in the summer.