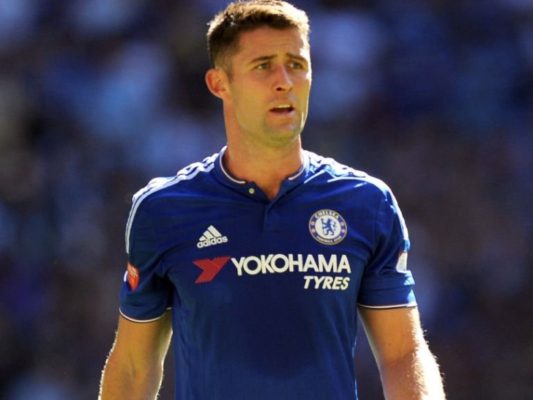 Out in the cold, Cahill has been subject to the bench since Hiddink arrived.

Gary Cahill was once a solid part of the Chelsea squad under Mournho, however the arrival of Guss Hiddink has seen him replaced by Kurt Zouma.  After recently signing a new deal  at the club, the defender is worried about the lack of game time with the Euro’s on the horizon.

Interim manager Hiddink revealed the 2 have had a discussion over the lack of playing time.

Gary is of big value and will prove that in the upcoming time,” he said. “If players are not playing frequently, they must get frustrated.

“I spoke to him a few days ago about the situation, which I like to do always with my key players. He’s not to be considered second choice. He’s of big importance and will be, with the multitude of games coming up.

“He was very open and very clear. He would love to stay at this club. There was no single space left by him to say he wasn’t happy. He’s very happy here, but he’s not playing. And that gives him a bit of frustration, which is normal.

“But I like his attitude in training, never giving up, and that will always be rewarded. There was no hint that he wants to leave.

The situation may only be short term for Cahill as Chelsea continue their look for then next full time manager, who might favour the Englishman.