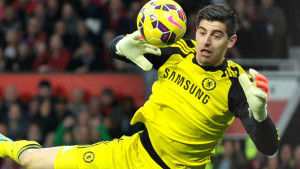 After three years out on loan at Atletico Madrid, Thibaut Courtois has finally broken into the Chelsea first-team and is finally Jose Mourinho’s number-one.

The Belgium has kept out Cech all season and is quickly becoming one of the world’s best shot-stoppers, which is proven in his £120k-a-week deal.