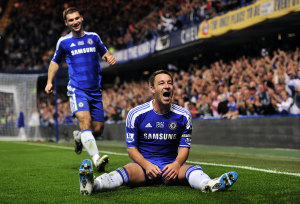 John Terry who has spent his whole career at Chelsea from youth level to senior level comes in at number four earning a nice £150k-a-week.

Terry has been there and done that at Stamford Bridge and is still the captain despite a blip in form under Rafael Benitez.