How Marco Reus Was Convinced Into Staying At Borussia Dortmund 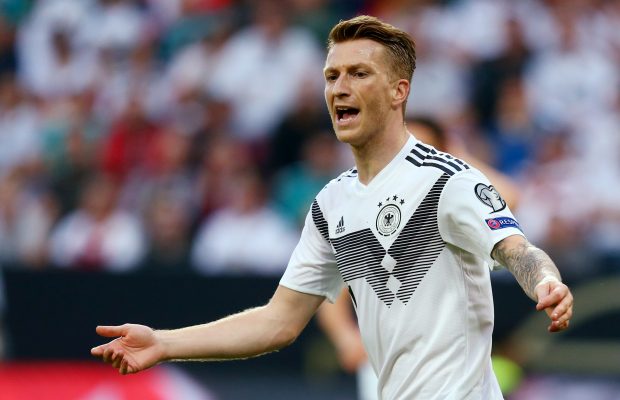 Marco Reus revealed that it was Jurgen Klopp who convinced him into staying at Borussia Dortmund.

Ahead of the International Champions Cup game against Liverpool, the German winger gave us an insight into his relationship with his former manager and how he could let up the chance of returning to Dortmund.

“On the one hand, I was very happy at Gladbach,” Reus told DAZN in an interview (via Onefootball). “We had a strong side and I really wanted some continuity. I felt that we could grow as a team and play European football in the seasons ahead, something which Gladbach hadn’t managed for years.

“But on the other hand, chances to return to your hometown club don’t come along often. I wrote down a list of pros and cons, and pretty quickly came to the decision that I wanted to move to BVB. It was a matter of the heart.

“Jürgen was such an animal. You only knew somebody like him from TV. If Jürgen sits in front of you with his aura, with his aggressiveness, which he radiates even when speaking, with his size, then that is quite impressive.

“Even the way he talks to you – this is rarely the case in professional business. He pulls you under his spell and will not let you go. I left the conversation with a fluttering heart. He was definitely one of the reasons why I signed for Dortmund. Jürgen can develop players and make them better. He has a special way about him.”