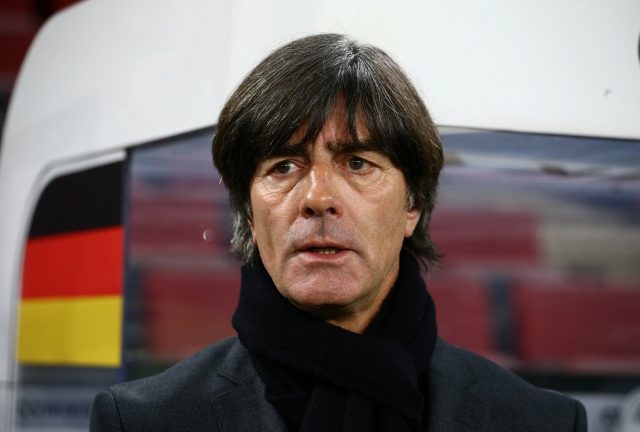 And now, German national team coach, Joachim Löw has spotted the boy’s talent and is in awe.

The 15-year-old has been named in Dortmund’s Champions League and Bundesliga squads for the season despite not being able to play for them until he turns 16 on November 20th.

He has absolutely demolished the U19 level with 40 goals in 26 games. Low said, “I haven’t seen Moukoko live yet, but I got in touch with his coaches and spoke to [former Dortmund U-19 manager] Michael Skibbe, and I have also watched a couple of videos,

“It’s almost hard to believe that someone at that age can score so many goals in a U-19 league against players two or three years older than him. He has a talent which you don’t come across that often, especially since age always plays a role in the youth teams.

“It’s difficult if you’re two years younger and you always have to keep an eye on how players develop, but Moukoko has been outstanding in the youth teams so far.”

Samuel Eto’o has tipped Moukoko to eventually succeed Lionel Messi at the very top of world football. Such is his talent and the hype continues to build with each passing season.