Jose Mourinho will not pursue Atletico Madrid star Antoine Griezmann in the upcoming transfer window, according to reports in MARCA.

The Red Devils had been strongly linked with the Frenchman and were favourites to sign him last summer before he opted to stay at Atletico in the midst of their transfer ban.

The 26 year-old has a €100million release clause in his contract as of next summer, but it seems that United will pursue other targets instead.

MARCA said that the Red Devils’ interest in Griezmann last summer had been mainly club lead, with Mourinho not completely convinced that he was the right man.

Now they say that he has asked the club to pull out of the race altogether, which could leave him free to join Barcelona either in January or more likely, next summer.

Atletico reported the Catalan club for supposedly tapping up Griezmann outside of the transfer window recently, with FIFA set to look into the claim.

The red and whites are second in La Liga, nine points behind Barcelona who lead the way after their El Clasico win just before Christmas.

However, Griezmann has not been in great form and was even whistled by fans in the Madrid derby last month. So far this season he has scored 7 goals in 20 matches in all competitions.

Who will United target instead of Griezmann? Find out the Red Devils’ Top 5 Targets for the January Transfer Window here! 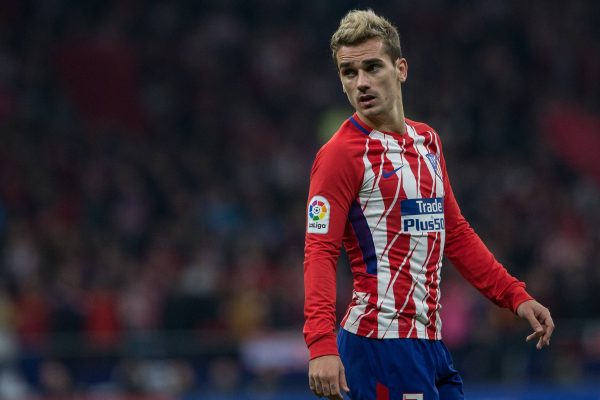